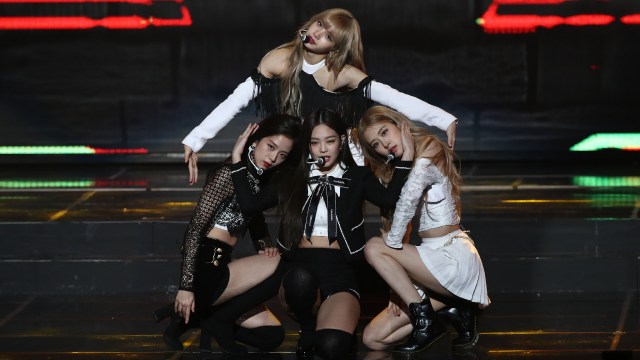 One of the biggest Korean girl groups on the planet is issuing a challenge to their fans.

In anticipation of their upcoming music video, BLACKPINK is challenging their fans to an interactive competition. The four-part band, formed in 2016, is using the challenge as a clever marketing technique for the impending release of the music video for “Pink Venom,” which is set to drop on Friday, Aug. 19. News of the challenge immediately piqued the interest of the internet and fans of the internationally-popular band are already lining up to participate.

What is the “Pink Venom” challenge?

BLACKPINK has been teasing the “Pink Venom” challenge for days via cryptic videos to the band’s popular YouTube channel. Each of the videos include the hashtag #PinkVenomChallenge and point toward an impending livestream, which will count down to the video’s official release. The livestream is set to begin at 12am ET on Aug. 19, the same time the music video is expected to drop.

In anticipation of the band’s next album, fans of the band — who fondly refer to themselves as “BLINKS” — can head over to YouTube to participate in the challenge. All it takes to join in on the challenge is a phone and some carefully curated moves. Fans who want to take part simply need to perform their best “Pink Venom” moves for the camera and upload the resulting video to YouTube shorts under the “Pink Venom Challenge” hashtag. The challenge will last until Sept. 15, the day before the band’s next album, Born Pink, is scheduled to arrive.

In a press statement, BLACKPINK expressed delight at once again working in tandem with YouTube. “We are pleased to have another meaningful partnership with YouTube,” the band said, before noting that fans should “stay tuned” for the upcoming challenge and livestream countdown.