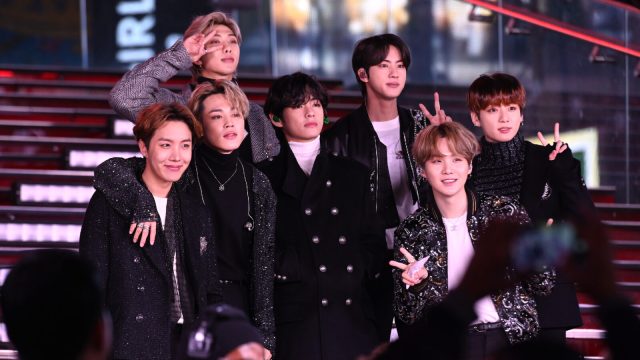 Given BTS’ rise in popularity in the U.S., first with their single “DNA” in 2017 followed by the smash hit, “Dynamite,” casual fans may think the group is a new sensation. However, the band’s success didn’t just happen overnight, as BTS has been around for much longer. Actually, they’ve been on the scene for almost a decade, to be exact. Since their debut in 2013, BTS has steadily grown into the record-breaking powerhouse we know today, and the climb to success doesn’t show signs of slowing down anytime soon.

With more people joining the worldwide BTS A.R.M.Y. by the day, they might get curious about the group’s origins and take a deep dive into its history. While there’s no shortage of content for new fans to go through, there is one detail that often sparks confusion among the self-proclaimed “baby A.R.M.Y.,” and that is BTS’ debut date. The answer is a tad more complicated than you might think.

When did BTS debut, exactly?

BTS released their first music video on June 12, 2013, with the song “No More Dream,” the title track of their first album, 2 Cool 4 Skool. Setting the tone for BTS’ earlier albums, this rebellious hip-hop song is about the younger generation losing themselves and their dreams in order to conform to society’s expectations. The release of this music video has understandably led some people to believe that June 12 is BTS’ debut date, but that’s not the case. BTS’ official debut actually happened a day later, on June 13, when the band made its public showcase on the Korean music broadcasting show M Countdown, performing “No More Dream” live for the very first time.

On BTS’ YouTube channel, it’s also possible to find a video where this date is stated as the band’s debut day, and it’s right on the title. In this video, the members share the behind-the-scenes look at their debut, immortalizing the moments leading up to and after their first live performance.

To further strengthen this point, the June 13 date is the one dearly embraced by A.R.M.Y. and the BTS members themselves, as it is when they celebrate the band’s anniversary. Every year, the purple community gets together for “BTS Festa,” a week-long event in which the band showers fans with content. During this time, numerous videos, photos, and sometimes even songs are released in the days leading up to the anniversary, culminating in the yearly BTS Dinner Party. This is without a doubt their fans’ favorite time of the year.

Despite BTS’ recently announced break from group activities, the end of their career seems a long time away. This means fans can look forward to more anniversary celebrations in the upcoming years…on June 13.