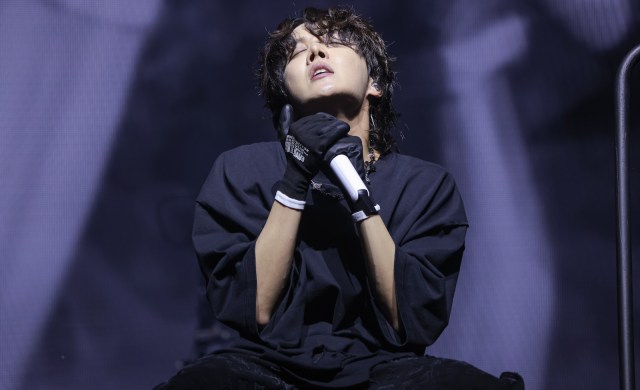 The BTS ARMY can get no breaks. Despite the group’s so-called hiatus, BTS keeps sharing new projects with fans, and J-Hope is currently one of the most active members. After the successful release of his solo album, Jack in the Box, the artist is now returning with a collab song, and fans are eager to listen to it.

It’s been known for a while now that Korean singer and songwriter Crush would be releasing a new track titled “Rush Hour.” However, J-Hope’s feature on the song was kept secret until Sept. 19, when Crush’s label, P NATION, announced it via Twitter. On that same day, the first music video teaser for “Rush Hour” was also revealed, giving fans of both artists a little taste of what’s to come.

Judging by the snippets available, it seems like this song will bring a funky sound to its listeners, with a catchy melody that makes you want to jam along with it. As for the music video accompanying the track, it looks fun and energetic, something J-Hope fans know the artist is very drawn to. You might be asking, “but when will we get to experience it in full?” Worry not, we’ve got an answer for you.

When is the exact ‘Rush Hour’ release date?

The song, along with its music video, will be released on Thursday, Sept. 22, at 6pm KST. For western audiences, this means that if you want to be among the first people to check out J-Hope’s new collaboration, you can do so at 4am CT. That’s pretty early for most people, but the BTS ARMY doesn’t play around when it comes to new releases. Besides, who could possibly fall asleep with all this excitement?

“Rush Hour” will be Crush’s 16th digital single since his debut in 2012, and J-Hope’s feature on the track will undoubtedly help more people around the world become familiar with the artist. If this song seems to be up your alley, then why not dive into Crush’s older discography? You might discover some new tunes worthy of being added to your playlist.