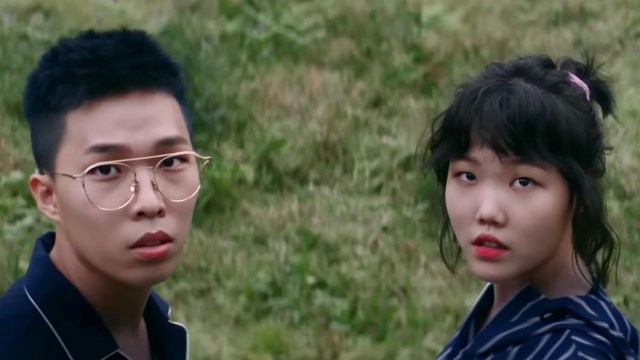 Akdong Musician, better known by their stage name AKMU, is a K-Pop sibling duo that is signed under YG Entertainment. The pair had their official debut with the album Play on April 7 in 2014 after winning the SBS survival show K-pop Star 2. The siblings, Lee Chanhyuk and Lee Soohyun initially joined the Proteurment Entertainment agency and even released a single titled “Galaxy” before going on to participate in the reality survival show in 2012.

Here’s some information about the duo to get to know them a little better.

Lee Chanhyuk was born on Sept. 12 in 1996. He is 26 years old and stands at 168cm (five foot six inches) tall. He is a singer, songwriter, and producer under YG Entertainment. As a child, he learned to play the guitar and piano, which boosted his interest in music. As he was undergoing home-schooling, he began singing and dancing as a pastime.

He later focused on composing after being inspired by the song “Love in the Milky Way” by 10CM. After his family moved from Mongolia back to South Korea, he began busking to help the financial situation of his family, while auditioning for entertainment agencies at the same time. He and his sister finally signed up with YG Entertainment in 2014. On Sept. 18, 2017, Chanhyuk enlisted for his mandatory military service and was discharged on May 29, 2019. He made his solo debut on Oct. 17 in 2022, with the studio album Error.

Lee Suhyun was born on May 4, 1999. She is 23 years old and stands at 165cm (five foot five inches) tall. She is a singer and actress under YG Entertainment. She was initially a part of the duo HI SUHYUN alongside singer Lee Hi, and they made their debut in 2014 with the single ”I’m Different,” which peaked at the top spot on the Circle Digital Chart. The group was active until 2019 when Lee Hi left YG.

In 2017, Suhyun made her acting debut in the drama Part-Time Idols. She has also lent her voice to many soundtracks for various dramas including Mr. Sunshine, My Liberation Notes, It’s Okay To Not Be Okay, and Disney’s Mulan live-action adaptation. In 2021, Suhyun was cast in the drama Mad For Each Other. She also opened her official YouTube channel, which has gained over one million subscribers. Suhyun made her solo debut in 2020 with the single “Alien” and ranked fourteenth on the K-pop Hot 100 Chart.