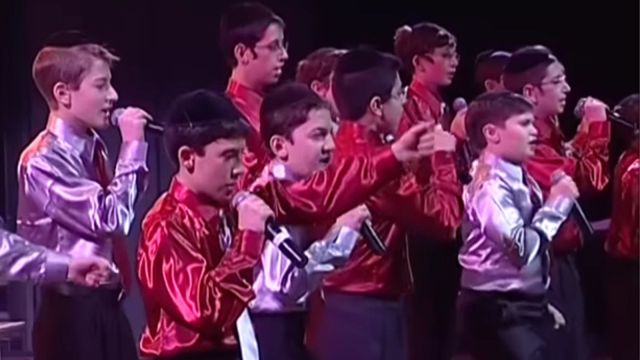 People expected that ‘Unholy’ by Sam Smith would be the next big trend on TikTok, but a Jewish music group took over the platform on the same week of its release. TikTok was introduced to the Miami Boys Choir, a boys-only choir group that sings in both Hebrew and English. And they are really talented.

This religious choir is different from the everyday ones you’d see in church as their music is unconventionally upbeat. And as TikTok slowly falls in love with this group, they’re receiving the same treatment as any musical sensation would — pure adoration. As the internet finally grows accustomed to this music group, here is a brief history of the Miami Boys Choir.

Who are the Miami Boys Choir, the Jewish choir group?

The Miami Boys Choir is a music group formed by Yerachmiel Begun that specializes in Orthodox Pop. According to the group’s TikTok account, Begun composed, wrote, and directed every performance that each generation has performed for over 45 years and counting.

The year that TikTok fell in love with was the 2008 group, known for their live performance of ‘Yerushalayim’ (Jerusalem). And in that era, their notable members are Yoshi Bender, C. Abromowitz, David Herskowitz, and Binyomin Abramowitz.

But just because TikTok fell in love with the 2008 era, doesn’t mean that the rest of the group isn’t just as mesmerizing. Every year, new members join the choir as Begun is still running the group. Since the group was recognized very recently on the social media platform, people were keen to know who the newest generation of singers are, and they don’t disappoint.

The 2008 members have grown up. But since the group became popular, only one of the soloists from that era is currently active on TikTok. David Herskowitz made his TikTok account back in Sept. 2022, when his performance of ‘Yerushalayim’ went viral. His TikTok handle is @davidhersko and his first video was correcting the spelling of his last name.

Since then, not only has he lipsynced and sung the song using his adult voice but he also announced that he will be releasing some original music. One song that he shared on TikTok is titled ‘You’. The video received over 580k views and a release date has not yet been announced.

Another notable member is Dovid Pearlman. While he may not be part of the 2008 group, he is in contact with some of the members during that era. Over on his TikTok account, @dovidpearlman, he teased about reuniting with Bender and Herskowitz. He updated via the comments that a reunion is happening but it’s still unknown when exactly.

This group has been active for a very long time and is still going strong to this day. The MBC have released its songs onto YouTube and music streaming platforms such as Spotify. But due to the newfound popularity of the 2008 group and their song ‘Yerushalayim’, the live recording was recently added to the group’s discography.

And as TikTok was made aware that a 2022 group exists, hopefully, those young boys receive the same love and respect that their 2008 predecessors are still receiving today.