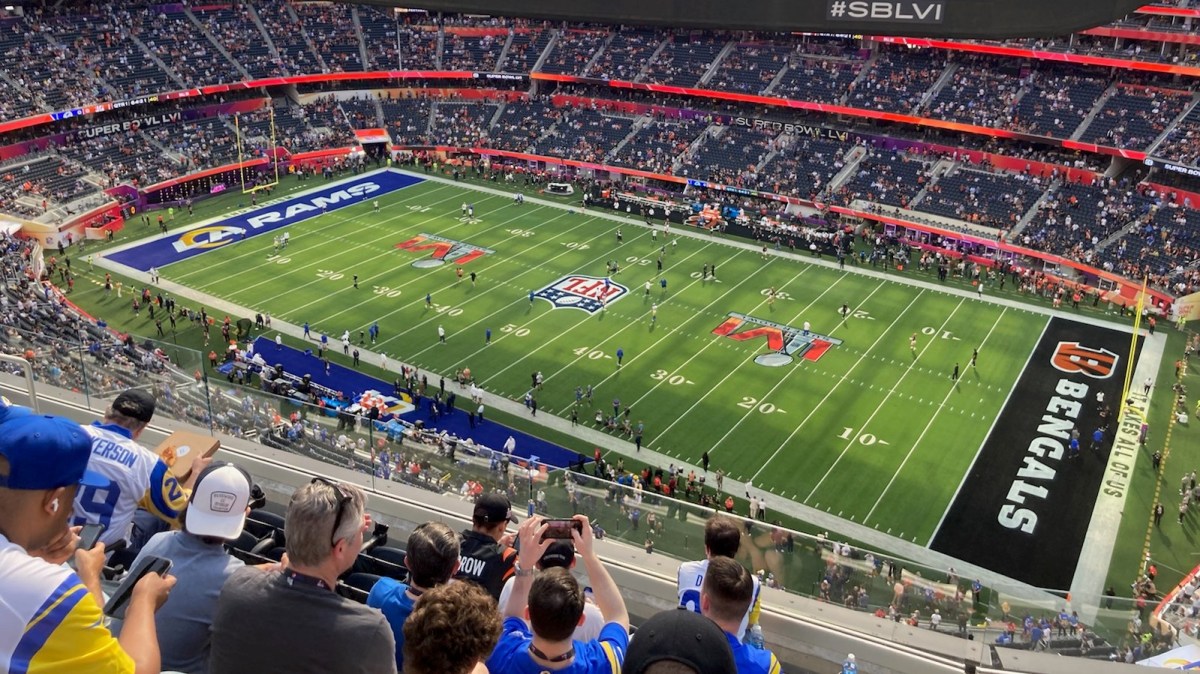 Image via Redspork02 on Wikimedia Commons

Super Bowl LVII is set to kick off on Feb. 12, 2023 in Glendale, Arizona. Roughly 80,000 people will fill State Farm Stadium and another 100 million will crowd their TVs to watch athletes do what they do best, separated by musicians doing what they do best. The halftime musical performance is nearly as prestigious as the actual game, having been headlined by the likes of Paul McCartney, Michael Jackson, U2, Madonna, Justin Timberlake, Beyoncé, and Katy Perry. This season’s Super Bowl will host an artist of equal stature who, ironically, has been a vocal critic of the NFL and had refused to perform at a previous Super Bowl.

On Sep. 25, billionaire Barbadian singer Rihanna announced that she would be performing at the upcoming Super Bowl. The announcement came in the form of an Instagram photo which shows Rihanna’s hand holding an NFL football. The National Football League confirmed what the photo implied:

“We are thrilled to welcome Rihanna to the Apple Music Super Bowl Halftime Show stage. Rihanna is a once in a generation artist who has been a cultural force throughout her career. We look forward to collaborating with Rihanna, Roc Nation and Apple Music to bring fans another historic Halftime Show performance.”

Bad Gal Riri is rejoining the NFL universe three years after refusing the league’s offer to headline Super Bowl LIV. She did that to support Colin Kaepernick, a former NFL quarterback who protested racial injustice by kneeling for the U.S. national anthem before games. He was praised by many but condemned by a proportional share of the populace, including that of the NFL. Kaepernick’s been unsigned since 2017, for which the NFL has been accused of blacklisting. In turn, Rihanna blacklisted the league. “I just couldn’t be a sellout,” she told Vogue. “I couldn’t be an enabler. There’s things within that organization that I do not agree with at all, and I was not about to go and be of service to them in any way.”

Although he’s fighting racial injustice in other ways, Kaepernick is no longer kneeling, so Rihanna is getting up onto the biggest stage of her life. “It was a challenge that I welcomed,” Rihanna said when asked why she finally accepted the gridiron gig. “It was a stage bigger than anything I’ve ever done, and it’s one of those things like if I’m going to leave my baby, I’m going to leave it for something special,” the new mother added. “It was now or never for me…”