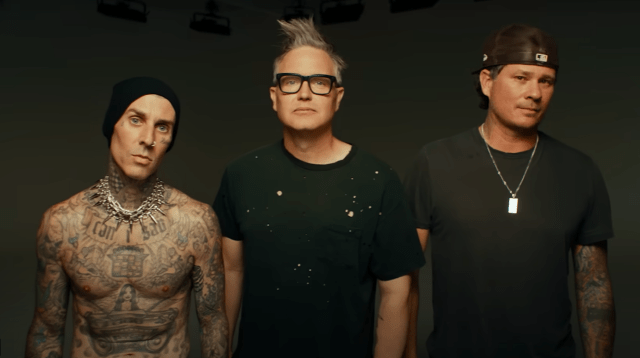 The news that the legendary band Blink-182 is reuniting its original lineup, including original guitarist Tom DeLonge, to make new music and perform some shows has pop-punk fans excited. This reunion has long been requested by fans. However, many believed that such a reunion would never happen due to the band’s previous messy breakups.

Why did Tom DeLonge leave the band in the first place?

What is the Blink-182 reunion?

Yesterday, Blink-182 posted that their original lineup would be reuniting to deliver new music and a new tour. On top of this, the band announced they would release a new song from that upcoming album on Friday, instantly sending fans into a frenzy. On social media, the group posted:

Why did Tom DeLonge leave Blink-182?

When the band first went on hiatus in 2005, the press release issued by the group said:

“For over a decade, Blink-182 has toured, recorded and promoted nonstop all while trying to balance relationships with family and friends. To that end, the band has decided to go on an indefinite hiatus to spend some time enjoying the fruits of their labors with loved ones.”

Rumors swirled, with many people debating exactly why the band broke up. But in an interview with Rolling Stone the following year, DeLonge said:

I put the band together when I was sixteen, and now, you know, I’m thirty years old. I think people just grow up and grow apart. It’s like if you start dating someone as a teenager and then you find yourself married later in life and you’re going, “Whoa, we’re totally different [now].” I think that was part of the reason.

All three of the band members had different goals and different ways of running their personal and business lives. It’s hard when you’re in a democratic band — where you do things based on what the whole band wants. I respect and honor it, but it was getting to a point where it was a lot more than I wanted to commit to. I needed to make some changes to be able to function as a father to my kid to the best of my ability.

However, in 2009, the band reunited and remained together until 2015. Then DeLonge suddenly left the band again. In an interview with Rolling Stone, bandmate Mark Hoppus described the incident by saying:

On December 30th, we get an e-mail from Tom’s manager saying that he has no interest in recording and that he wants to do his other, non-musical stuff and that he’s out indefinitely.

While Tom DeLonge denied this, no further proof was offered, and he mostly remained silent about the whole incident. However, in 2019, he was interviewed by To The Stars Academy of Arts & Science, an organization set up by Delonge in 2015, which aimed to “reach transformative discoveries within our reach that will revolutionise the human experience.” During this interview, DeLonge said he left because:

“I wanted to make a quick message to let you know that, from the heart, I left my band and all that I was known for because this is the moment in time where I can change the world for my kids and everybody else’s. I would love for you to consider doing that with us.”