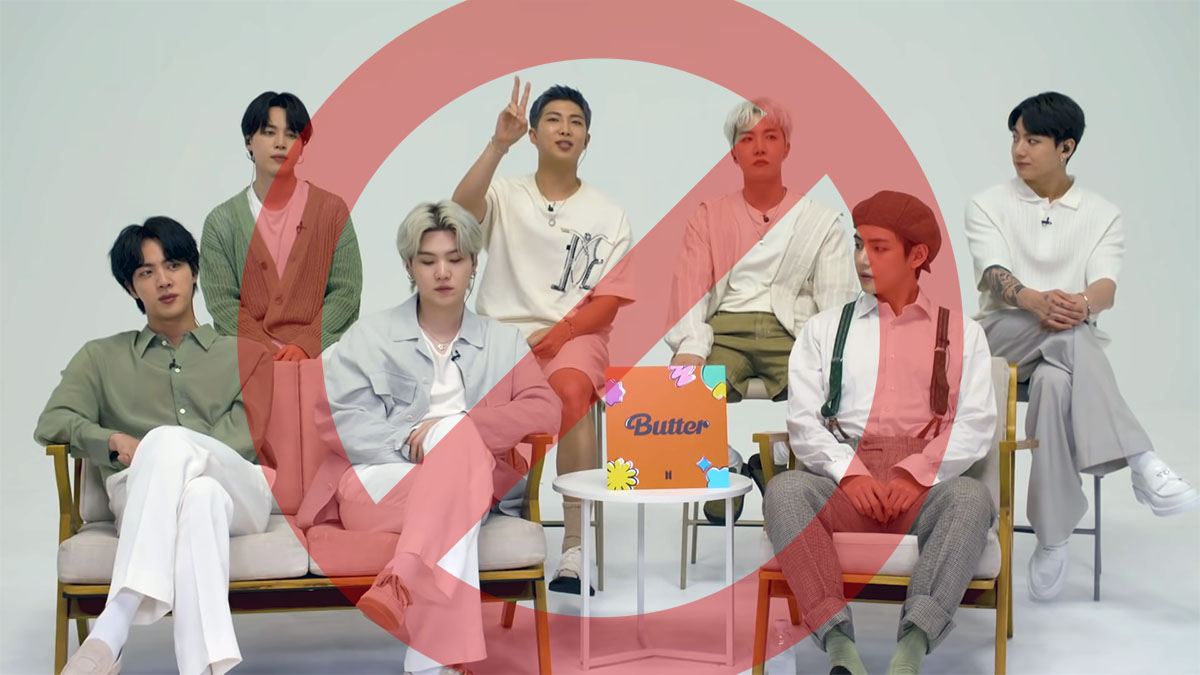 BTS‘ stratospheric success appears to be limitless from the surface. Their infinite influence and passionate fanbase suggest that their immersive musical act’s popularity is on par with their numerously colossal fanbase. However, that could not be further from the truth. Over nearly 10 years in the industry, BTS has received criticism, censorship, disapproval, and downright hate from K-Pop fans and media alike.

Given that with great power comes with great responsibility, it is no wonder that BTS is nowadays one of the most frowned upon acts in the musical industry. Nevertheless, it may come off as a surprise that this condemnation dates back to when the group was nothing but mere teenagers showing their love for music. As the group grew more powerful and successful, receiving international acclamation as worldwide sensations, the hate grew alongside their increasing popularity. That needless disdain for them is rooted in several grounds and basis, and because of that, We Got This Covered has unveiled the reasoning behind BTS’ undeniable success and inherent hatred.

The K-Pop industry is led by the three largest companies (or agencies) in South Korea: YG, JYP, and SM Entertainment. These corporations, also known as “The Big Three,” are infamous for monopolizing the world of K-Pop and entertainment as a whole, therefore, groups belonging to these large agencies are bound to succeed. Contrary to the belief that BTS debuted in an already economically-endowed background, it is actually the very opposite. BTS’ company, Big Hit Entertainment, now known as HYBE, was completely bankrupt when they started training the seven BTS members. For this reason, they had far fewer opportunities for growth, and their budget was much lower than most groups that debuted around that time. This led to mistreatment by the media, which very directly ignored the group.

Other than their humble beginnings, BTS also had an unorthodox debut. Although connected to the South Korean pop industry, the group debuted as a hip-hop act. Until then, this genre was less popular among K-Pop fans, as it was usually connected to solo acts or indie groups. BTS took a much more significant step and broke the norm by opting to debut as a hip-hop group. This might be surprising, but the whole reason why BTS came to be was because of its leader, Kim “RM” Namjoon, the main rapper. The rest of the members were expected to follow the lead and round up the songs.

Since then, BTS has adapted a panoply of music genres into their repertoire, from pop to jazz and EDM. Their unconventional and nonconformist lyricism and sound quickly made them unpopular among fans who preferred music that fit the K-Pop norm of the time.

As previously mentioned, one of the reasons behind BTS’ widespread hatred in the world of K-Pop actually derives from media coverage and how belittling it can be. From the very moment BTS debuted under Bighit, they were hit with a vastly different reality from their peers. Interviewers consistently downsized their achievements and downright ignored the group’s activities, music, and efforts. Several media dismissal stories surfaced as BTS’s popularity increased. In spite of their constant efforts to suddenly make up for their past actions against BTS, the damage had already been done, and neither the fanbase nor the members would forget.

Over time, the Korean media became selective in the news shared, as if BTS’ success suddenly became a hard pill to swallow. BTS no longer needed to reaffirm its position as the biggest act in the world, and no one else would be getting near this newfound musical pinnacle in the country. Instead of boasting about the nations’ biggest superstars, Korean Media has a tendency to downplay their achievements while still attempting to neutralize their pronounced biases and aversion to the group.

Much like in the U.S., media coverage plays a huge role in how consumers internalize information. If the negative press is spread, with obvious biases behind it, naturally fans of a certain medium will inherently share the same beliefs shared in the media. For this reason, K-Pop kept falling under media manipulation, as they received a preconceived notion that BTS did not deserve their success from their lack of positive media coverage, which is still happening nowadays, even after BTS announced their two-year break from group activities.

The willful avoidance of BTS’s intimidating growth is also derived from its global success. Even though it may have taken nearly half a decade for the group to receive recognition outside of East Asia, many K-Pop fans consider their success to be rushed, and almost inorganic, purely because groups that were once successful, never reached BTS’ status. For years on end, several groups neared global stardom before BTS. However, despite their constant attempts, no one has received as much international attention as the seven-member group.

From their very first year as a group, BTS immediately got sent to the United States to become acquainted with hip-hop and rap as popular North American musical genres. From there, the group would receive a greater understanding of musical roundness, incessant work ethic, and collaboration. Their first international hit, “DNA,” would rekindle their connection to the western side of the globe, and from that moment forward, the group’s popularity increased, as well as the praise surrounding their strong suits as individual and group entertainers, on and off stage.

These international achievements would naturally upset K-Pop fans, as BTS became the staple for the genre, and by many, the only K-Pop group recognized in the western region. Regardless, in a non-surprising turn of events, this western acknowledgment would naturally take root in a looming racism surrounding the group, which would translate into many westerners only recognizing BTS while ignoring many other groups based solely on their race.

Competitiveness within the K-Pop industry

The South Korean work ethic is very prone to competitiveness as a general norm, and the music industry is no different. From the companies to individual achievements, everyone in the industry is always placing their constant efforts into becoming more successful than the rest. Much like many musicians in the U.S., South Korean musicians are no strangers to “dissing” one another, and just as BTS has dissed other groups indirectly, they too have been defamed by many other K-Pop groups. This constant competition is naturally translated into the fans, who are continuously participating in “fan wars,” attempting to persevere with their favorite artists on top, regardless of the groups in question. This brewing competition in the industry leads to toxicity among fans. Their constant arguments with each other lead to judgment surrounding K-Pop fans and their toxic and aggressive demeanor.

In recent years, one of the most controversial stances in K-Pop has been the phrase, “BTS paved the way.” This commonly said phrase on Twitter entails that fans believe BTS may have been the reason why K-Pop became such a force in the music industry, with some stars as well as fans disagreeing with this statement very publicly. Still, many idols still agree that BTS has indeed been the reason why so many doors were left open for the South Korean industry on a multinational level.

Yet another example of the competitiveness surrounding BTS is, in spite of their reluctance regarding BTS’ powerful presence, many K-Pop fans and media outlets have been trying to find the “next BTS,” as the group postpones their group activities in favor of enlisting in the obligatory military service. This discussion not only proves BTS’ undeniable gigantic success but that more and more groups will be aiming to become the next global force and try to “replace” BTS, competing among themselves to achieve an unprecedented feat.

In South Korea, men between 18 and 28 must enlist in the military for 18 to 21 months. This mandatory military service does not excuse musicians or entertainers from conscription. However, the government implemented a law that exempted extraordinary actors, athletes, dancers, and musicians from enlistment upon demonstrating exceptional skill in their fields. For years, BTS’s imminent enlistment became a debacle in South Korea as the Korean government continued profiting off the group by postponing the members’ conscription yearly.

This constant back and forth among government officials, who did not make a decision until the last possible minute, caused K-Pop fans to resent the group for being exempt year after year while no other idols received this kind of “special” treatment. Over the years, a few entertainers have been exempt from service due to various reasons, mostly surrounding health concerns. BTS has been the only group to have had their military service postponed yearly due to their contribution to the country’s economy, as the group is responsible for $3.6 billion dollars to the South Korean economy, with an estimated additional value of $1.1 billion of consumer goods exports related to the group.

In spite of all the evidence pointing at BTS’s extraordinary skill, as they have been awarded around 400 times throughout their career, the South Korean government deemed it insufficient. In October, HYBE confirmed BTS would be enlisting starting December, with BTS’ Jin being the first to start this two-year commitment.

While criticism surrounding the group is not expected to cease anytime soon, as each member continues to work on his solo activities, hopefully, fault-finding commentary will take a halt as BTS takes a well-deserved break from constantly being targeted by harsh media outlets and nonsensical competition by fans.