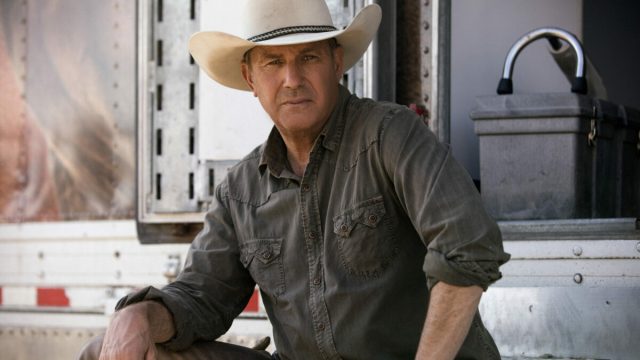 Paramount’s hit cowboy drama, Yellowstone, didn’t just leave fans begging for more with the trailer for season 5; it wrangled up so many viewers that it ripped (some pun intended) through records set by the season 4 trailer.

In the first 24 hours following the release of the peek at season 5, anxious audiences viewed the trailer 14.4 million times, with 1.7 million engagements taking place, as reported by Deadline. In addition to the organic traffic from the trailer itself, the social media realm had a field day with a fresh look at the Duttons.

It’s a report that would make even Beth Dutton smile. In fact, she might even recruit fans to work with her and John Dutton in office through the next chapter.

In the same report, Deadline shares that there were over 30,000 mentions of the season 5 trailer across various forms of social media, which isn’t surprising to anyone who calls themselves a fan of the one-of-a-kind series.

Season 5 is bringing with it a lot of changes but also gifting us with so much of the familiar heartache, romance, and bloodthirst that we’re used to. Yellowstone takes us from one extreme to another in a single scene and never does so with the kind of zest that might make you feel like you’re on a rollercoaster ride you’re dying to hop off of.

It’s all intricately laced together with the slow burn of good bourbon, the comfort of a cozy fire on a cool ranch night, and the exciting promise of what comes after. John Dutton will become the Governor of Montana in season 5, and Beth Dutton will serve as his chief of staff. Kayce Dutton will be dealing with the implications of his vision quest and the tug-of-war he feels within himself while Rip tries to help his new bride work through her deepest hurts.

The ranch hands have added a new accessory to the Yellowstone Dutton Ranch, and it’s going to get hot, and we’ve only scratched the surface. We recommend rewatching Yellowstone from the beginning while you still have time; you’ll want to be all caught up for the dramatic season ahead of us.

As we all know, if that first trailer is anything to go by, we’ll examine each episode with a fine tooth comb, looking for hidden meanings and clues for the future while enjoying the ride along the way. That’s the most central part of this whole experience, isn’t it; making the journey count?

Yellowstone‘s fifth season kicks off with a two-hour television premiere on Nov. 13. Here’s to the Dutton family; may they continue to blow our minds.