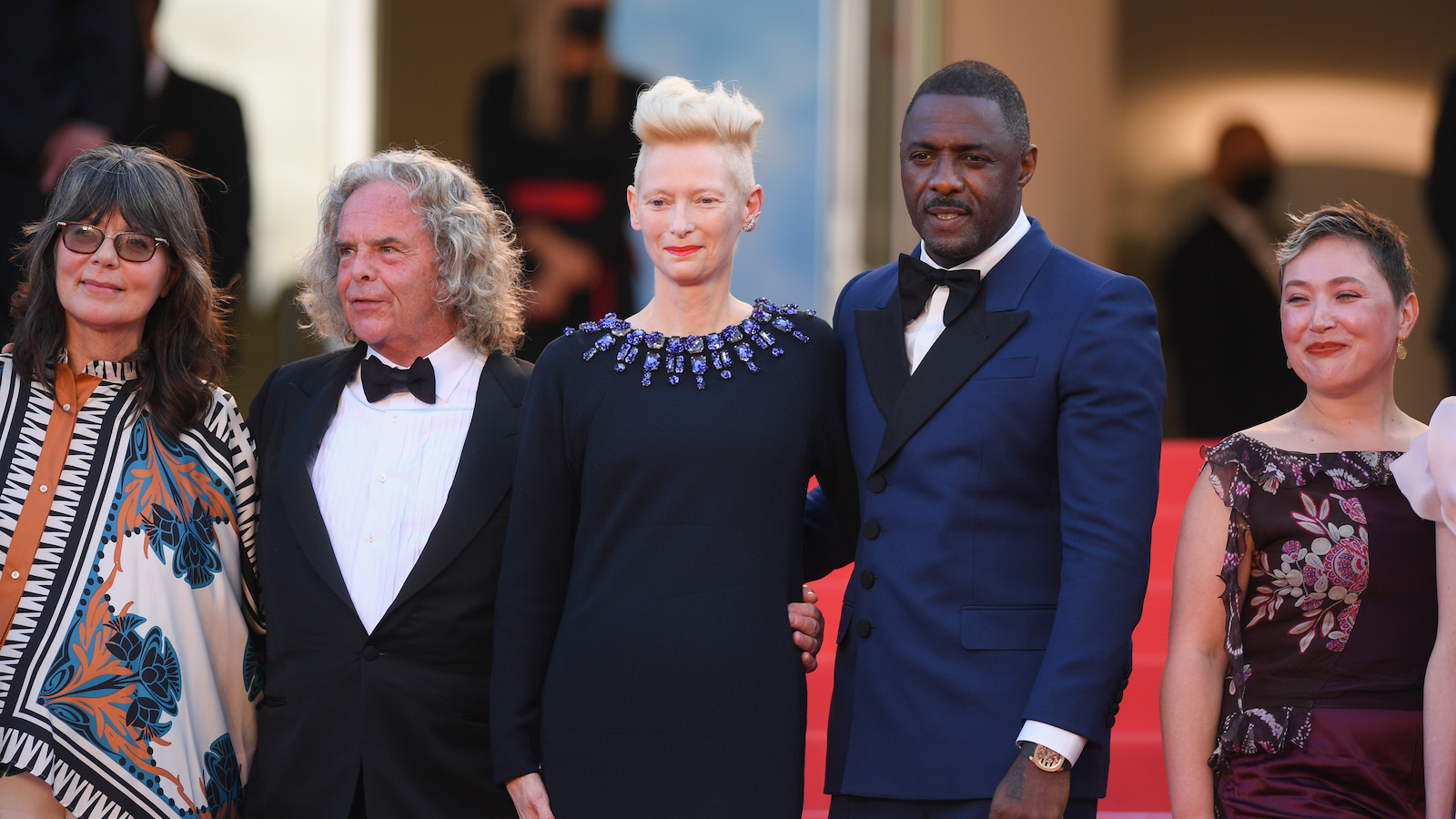 The woman, who was not wearing a shirt and had the colors of the Ukrainian flag spray-painted on her torso with the words “Stop raping us,” was quickly removed by security prior to Three Thousand Years‘ stars Idris Elba and Tilda Swinton entering that same area of the red carpet at the Palais premiere of the film, Variety reports.

Not many other details are known about the incident, though Variety did reach out to the Cannes Film Festival press office for comment. However, several people captured the incident on social media.

Kyle Buchanan, a New York Times writer, said the woman was standing immediately in front of him when she suddenly stripped off all her clothes, revealing she was covered in body paint, fell to her knees, and began screaming in front of photographers. At one point, the security personnel who were escorting the woman out of the area covered up his camera to block it from filming, he said.

The trailer for 3000 Years of Longing also premiered Friday, and it teases a fantastical story of an academic’s encounter with wish-granting Djinn. It is expected to be released in theaters this summer.