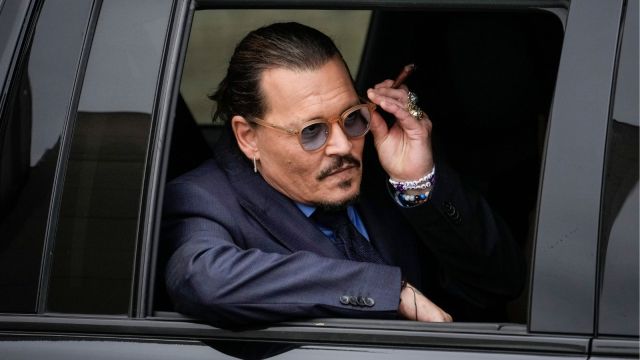 Just in case the world hasn’t heard and seen enough of Johnny Depp over the last year, he’s gone viral yet again thanks to a bizarre photo.

Subject of the most astonishing defamation trial of the 21st century, Depp is slowly clawing his way back into the minds of audiences. His last major appearance came during a strange and off-putting appearance at the 2022 VMAs. He was lambasted by a good portion of the internet for showing up, as were the event hosts MTV.

His latest public appearance has many more confused than upset, with a photo posted of him in an experimental get-up which looks to be somehow inspired by every culture on Earth.

A big question to be asked is what is actually even going on. What’s the deal with all the necklaces? Or the cigar? Or the flannelette shirt tied around his waist? The internet’s reaction was priceless, with memes flowing in thick and fast, with comparisons being made to a divorced dad and a mannequin.

When you’re as rich, famous, and powerful as Depp and have a near infinite wardrobe to choose from, why would you choose this? Even more importantly, why would you let anyone take of photo of you wearing this when it looks this awful? Was this shared online out of spite?

Comparisons were also made to Mulholland Drive’s famous creepy hobo scene, though this is far, far scarier than anything seen in a David Lynch movie.

Finishing on a somewhat wholesome note, Depp has also been likened to an eccentric high school Spanish teacher, which is about as positive as you can get on Depp or his outfit.

The three-time Academy Award nominee is set to return to filmmaking with French film Jeanne Du Barry, in which he’ll portray Louis XV.