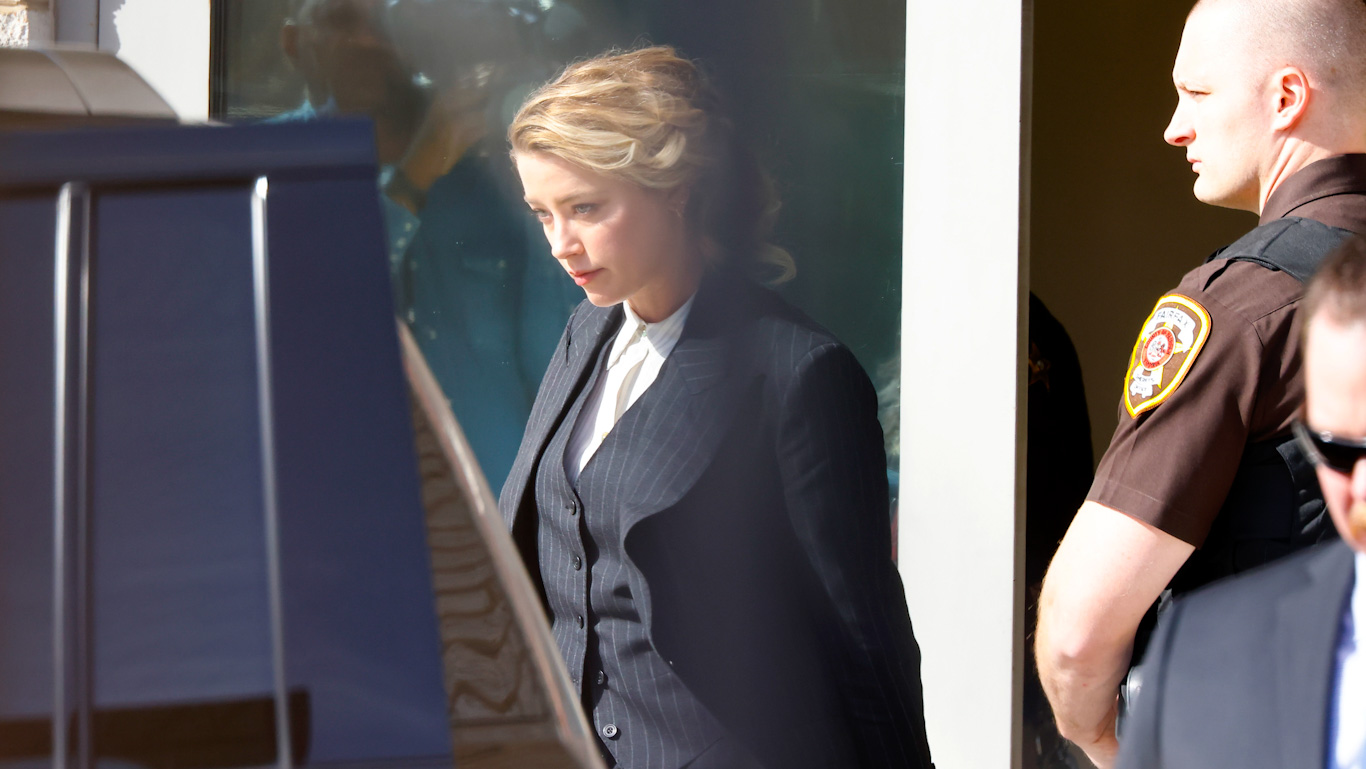 Actor Amber Heard will be testifying Wednesday in a trial of dueling defamation lawsuits between her and ex-husband Johnny Depp.

This all comes one day after a judge struck down a motion from Heard’s team to dismiss the lawsuit Pirates of the Caribbean actor Depp leveled against Aquaman star Heard, in which he is suing her for defamation for $50 million for alleged false domestic abuse claims she made against him that he says hurt his career. Heard is counter-suing Depp, also for defamation, for $100 million.

The news that Heard will take the stand Wednesday comes from the Associated Press, who also reported that a psychologist hired by her team earlier has testified that she suffers from post-traumatic stress disorder from multiple instances of abuse, including sexual violence, inflicted by Depp.

Though the psychologist, Dr. Dawn Hughes, admitted during cross-examination that she wasn’t making factual determinations about Depp assaulting Heard on specific occasions, she nevertheless maintained Heard’s accounts are consistent with those who experience domestic abuse. Dr. Hughes also clarified Heard was not her client, but that Dr. Hughes performed a forensic evaluation on Heard.

According to Dr. Hughes, Heard occasionally perpetrated physical violence against Depp, but it was much less severe than the violence she suffered from him, leaving her intimidated and afraid for her safety.

Depp’s team also noted that Dr. Hughes had not interviewed Depp, according to Law & Crime Network’s coverage of the trial. A forensic psychologist hired by Depp’s team, Dr. Shannon Curry, who interviewed Heard, previously indicated in testimony she believed Heard did not have PTSD and was pretending to.

Dr. Hughes testified Heard’s PTSD symptoms were so severe, that they even interfered with her functioning while the actor was working on Aquaman, to the point of having a panic attack.

Dr. Hughes also testified that she believed much of the violence stemmed from Depp’s obsessive jealousy, which manifested by way of instructing her to avoid doing nude scenes in movies, for instance. And Dr. Hughes stated there were multiple instances of sexual assault by Depp, including forcing Heard to perform oral sex and Depp penetrating her with a liquor bottle.

At the center of Depp’s lawsuit is a Washington Post op-ed that Heard penned in 2018, in which she describes herself as “a public figure representing domestic abuse.” Heard doesn’t name Depp in the article, but Depp claims the piece nevertheless implied him as the abuser. Heard made previous domestic abuse allegations against Depp in 2016, something he says is referenced in the article.

A major focus of the trial, unfolding in a Fairfax, Virginia courtroom, has been the topic of domestic violence, with Heard maintaining she was abused by Depp, but Depp claiming just the opposite: he was abused by her, and not the other way around.