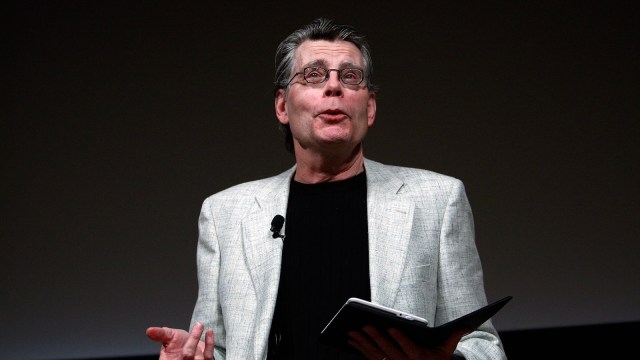 Bohemia Group has acquired the rights to produce an adaptation of author Stephen King‘s best-selling novel, The Regulators, to be written by George Cowan. The novel was first published in 1996 under King’s pseudonym Richard Bachman.

The novel takes place in the idyllic small town of Wentworth, Ohio, where life is changed forever when four vans full of shotgun-wielding strangers calling themselves ‘regulators” appear and proceed to gun down anyone who sets foot outside their house. The power behind the strangers is a mysterious and evil entity that has possessed the body of a young autistic boy whose parents were slain in a drive-by shooting. The novel overlaps and sometimes “mirrors” the action of a second novel, Desperation, which was released by King in the same year. It is not known how the adaptation will combine the two storylines, if at all.

“We could not be more thrilled than to be working with the prolific Stephen King and his team on this project,” Bohemia Group CEO Susan Ferris told Deadline. “The novel’s themes and characters resonate so powerfully, and we are looking forward to making an incredible film.”

Bohemia Group Executive Vice-President, Justin Ross helped Cowan develop the script which has been approved by King. “I’m delighted that the excitement of The Regulators is coming to the screen,” King told Deadline. “This is going to be good.”

King is, of course, one of the most popular writers of all time and many film adaptations of his work have scored box office gold such as Carrie, The Shining, and It. Several other King projects are currently in the works, including a new adaptation of his vampire novel Salem’s Lot, and The Boogeyman, directed by Rob Savage, both slated for release next year.