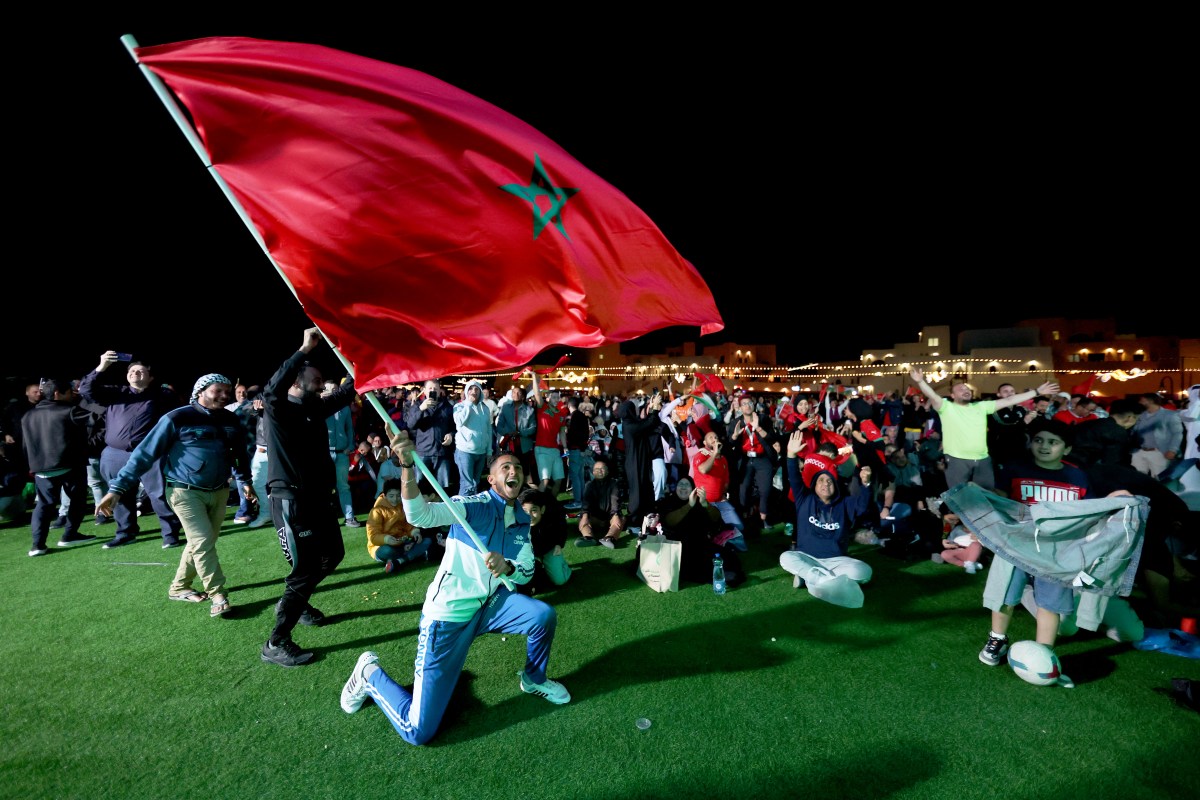 With Morocco’s win over Portugal in the FIFA World Cup today, the entire continent of Africa is absolutely going insane as they are watching history in the making. Of course, the perfect meme for the occasion would have to be Henry Cavill as Superman, and nothing else will do.

It’s now down to the final four in the World Cup, and this is the first time a team from Africa has ever made it to the semifinals. When Youssef En-Nesryi kicked the only goal in the game, the entire continent erupted in celebration.

In this new world, it didn’t happen if a meme doesn’t exist. Although posted ahead of the match, the image of Superman surrounded by an adoring crowd was most fitting.

There is another statistic that is quite phenomenal: The Moroccan team has actually held all of their competition scoreless.

Portugal had a chance to score when Pepe took it late in the game. Devastated by his miss, he put his hands to his head in disbelief, and that’s when a Moroccan player decided to console him with a kiss. Yes, it was a mocking kiss, a thankful kiss, but a kiss nonetheless.

How is the world responding to the Superman meme where it clearly shows Morocco carrying the weight of the African and Arab nations as well? One fan from Pakistan is totally in favor.

Of course, a fight has to break out over it. Is Morocco African, and do they represent Africans? One fan doesn’t seem to think so because they want to claim the team for themselves.

That is an opinion that will obviously be disputed because Morocco is in Africa. As the first team from Africa to make it this far, they don’t want to lose that on a technicality or some loophole in politics.

The back and forth is getting serious. It’s because of the flags on the meme that are waving their support. There isn’t enough room for all of them, and those being left out are a little touchy.

Every time someone throws the conversation back to the Arab and Muslim world, someone else pulls it back. The fans have as much passion for representing who they are as they do for the team moving forward on their behalf.

One fan summed it up best and that’s how it should be in sports: Everyone who is commenting and fighting over the team is proud and will follow them to the end.

On Wednesday, Morocco will be in the semifinals going against a team that has yet to be announced. Every one of these fans will be watching and cheering. There is no doubt. It will be wild to see how far they get. Is this the year they go all the way?