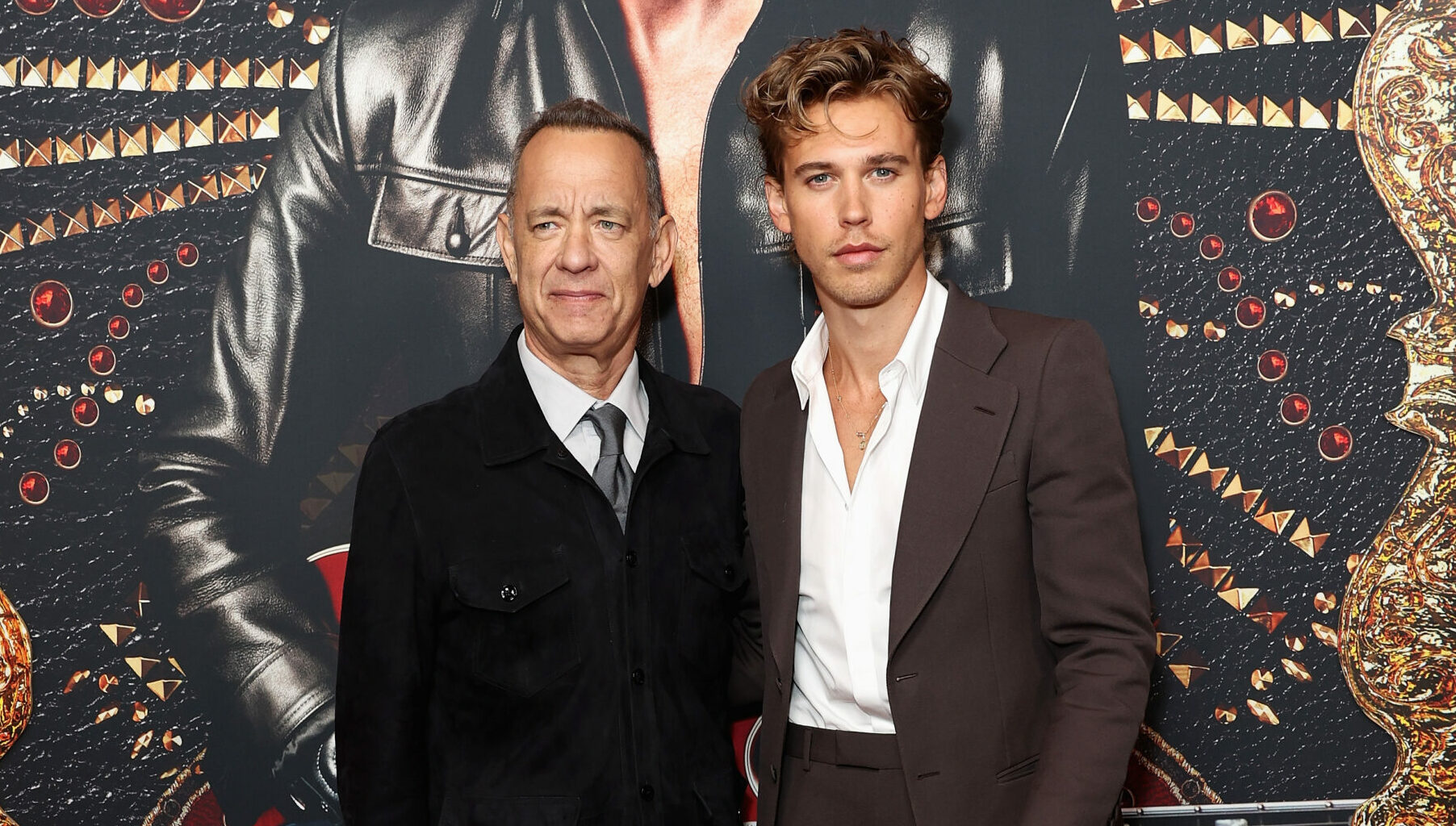 Elvis, one of the summer’s most anticipated films, hits theaters this month, and stars Austin Butler and Tom Hanks joined the cast of Good Morning America to talk about the film.

Hanks and Butler joined the cast via a live chat from Graceland to talk about the upcoming film and what it took to bring Elvis to the big screen in a new and extraordinary way. Butler says that it was something that took over his entire life.

“It was the most intimidating thing I’ve ever done. I honestly didn’t sleep for about two years and I didn’t do anything else for that time so — that was my life.”

If you’ve heard a trailer or seen sneak peeks of the film, you know how completely Butler became the legend, but you might not know that the voice you’re hearing is Butler’s own. Singing Elvis’ songs in his way was crucial to him.

“It was important because the whole thing was about stripping away the icon of Elvis and getting down to the humanity of him. That was what was fascinating for me. Music was how he expressed himself, so what way to connect to his soul more than through trying to do that as authentically as possible?”

Hanks was then asked about what it was like bringing Colonel Tom Parker to life, and it was an almost otherworldly experience.

“He was a diabolical genius. In both words, he was diabolical, and he was a genius. You have to add Priscilla herself; we had dinner before we went back and started working on the movie. She said you have to understand this about the Colonel. He was a delightful man. He brightened every room he walked into, he took great care of us, and he was very polite. He never said no. But he was not Elvis’s manager. He was Elvis’s promoter.”

Of course, being part of Presley’s inner circle at all put you on another level of existence. As Butler and Hanks both play legends in Elvis, Butler also got to work alongside one of his personal icons, Tom Hanks.

The premise for the film follows Presley’s rise to fame in the 1950s and paints a unique picture of his relationship with his manager, Colonel Tom Parker. Through trailers and sneak peeks, it’s clear that the two will experience the ultimate highs followed by debilitating lows together.

Those closest to the icon have been impressed with Butler’s performance as Elvis and are fans of the movie. Lisa Marie Presley, the King of Rock ‘n Roll’s daughter, had this to say about the film, specifically Butler taking on the role of her late father:

“In my humble opinion, his performance is unprecedented and FINALLY done accurately and respectfully. (If he doesn’t get an Oscar for this, I will eat my own foot, haha.)”

You can see Elvis in theatres starting June 24.