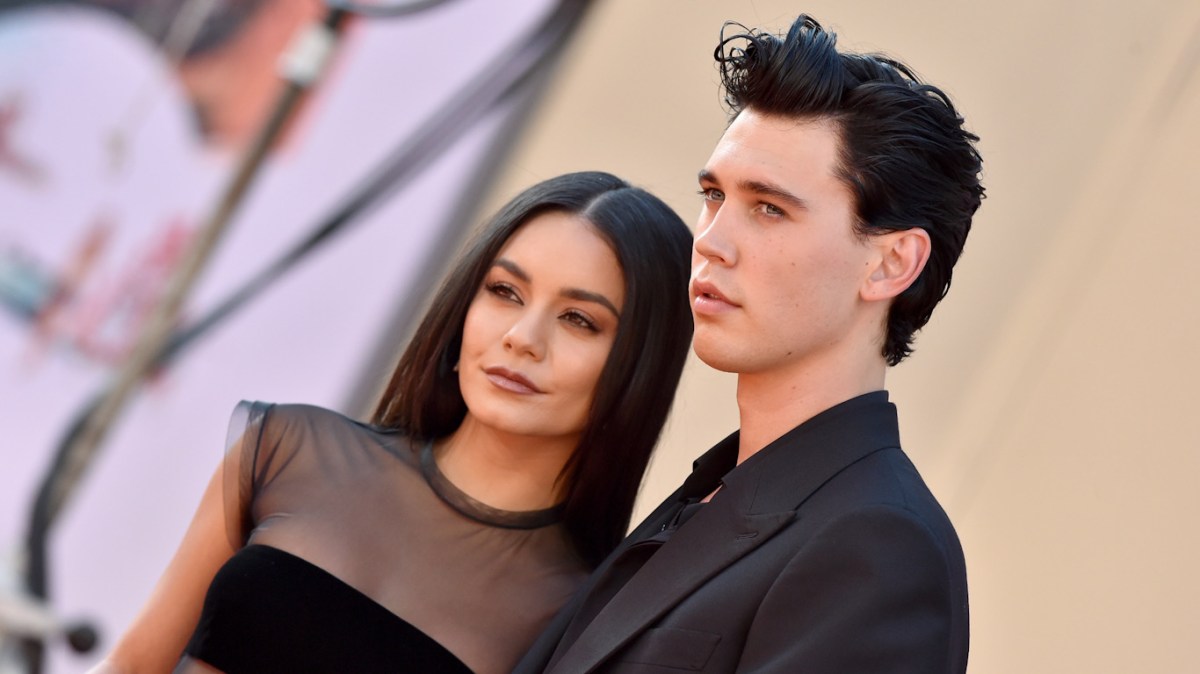 Looks like Vanessa Hudgens has some things to say about her ex Austin Butler‘s performance as Elvis — well, one thing actually.

Hudgens’ comment on Instagram is getting a lot of attention after someone shared a Page Six headline that read: “Austin Butler’s Elvis accent is ‘genuine,’ might remain ‘forever’: voice coach.” That person, who goes by the handle ryinskott, commented on said headline:

“He went to the Lady Gaga school of Oscar campaign acting,” a reference to Gaga’s unusual and hilarious accent as Patrizia Reggiani in House of Gucci. Hudgens simply commented “crying.”

This would be completely innocuous and fun (and it might be!) if the two hadn’t previously dated. The two reportedly dated more than eight years – from 2011 through 2020. Over the years they showed up at Coachella together, took trips and even appeared on the red carpet with each other sometimes.

People asked Hudgens back in 2017 about the secret to keeping a relationship fresh when you’re both traveling and working on acting careers. “Just communication, communication is key,” she said candidly.

When they broke up, People talked to “a source” that said: “They really loved each other and have been through some of their toughest life moments together,” the source said. “Busy work schedules and travel definitely put a strain on the relationship. They were a wonderful couple and it’s really sad that it didn’t work out.”

After the breakup, Hudgens reportedly didn’t “sit around and mope.”

“She’s living it up and having fun,” the source said. “She seems really happy and excited about life, honestly.”

To be honest, it is pretty fun to playfully make fun of an ex, especially when their career is skyrocketing. We’ve all been there, Hudgens. You do you.