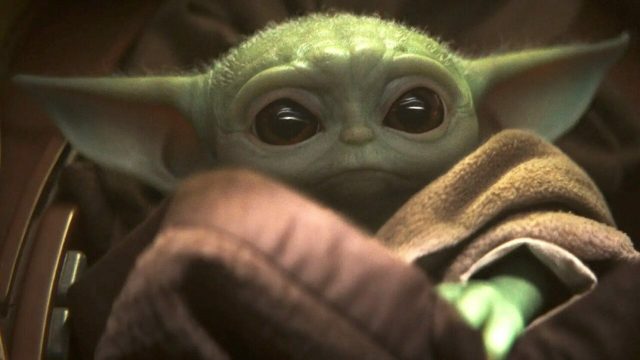 We all remember Tamagotchis, right? The tiny, pocket-dwelling digital pet you had to make sure to feed and keep happy? Well apparently they didn’t actually go away, and now Star Wars and Bandai Namco have teamed up to create a Baby Yoda—sorry, Grogu—version of the well-known toy. No longer is the Mandalorian the only carer of Grogu; now, fans at home can nurture the adorable character on the 8-bit screen.

Many fell in love with the character when he was introduced in season one of The Mandalorian. The young, but powerful Force-sensitive character was at the center of the plot with many desperate to get their hands on him, forcing the Mandalorian, Din Djarin, to protect him. Now, it is up to you to look after and raise your own Grogu, but let’s hope the task is a little less perilous than seen on screen.

The design is the traditional Tamagotchi egg shape but with a Grogu covering that sees the character’s adorable eyes and big ears sitting atop. Since his introduction, merchandising for the character has been extremely popular and it’s no surprise that Tamagotchi company Bandai Namco wanted in on the marketable character.

This is the second time that Tamagotchi has teamed up with Star Wars, after last year saw the release of an R2-D2 Tamagotchi. The toy has seen a few different styles and designs over the years including a Tamagotchi smartwatch that allowed you to take care of your “pet” from your wrist. This was somewhat fitting, as the word Tamagotchi comes from the Japanese word for egg, tamago (たまご), and the word for watch, uochi, (ウオッチ), an English/Japanese hybrid word.

After reuniting with Grogu in The Book of Boba Fett, Din Djarin and his ward will return in The Mandalorian season three, which will most likely look at the repercussions of Grogu abandoning his Jedi training with Luke Skywalker and Din Djarin becoming “a Mandalorian no more.”