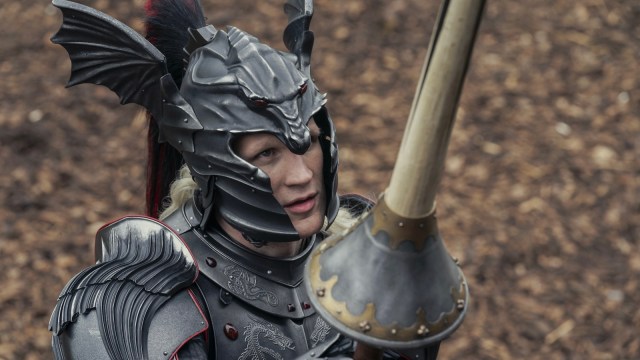 Warning: This article contains spoilers for season one episode one of House of the Dragon

For the first Sunday in a long while, audiences were transported back to King’s Landing in Westeros to experience all the fire and blood and, of course, dragons, of the ruling House Targaryen in the Game of Thrones prequel House of the Dragon. And while the epic duel between Prince Daemon Targaryen and Ser Criston Cole was undoubtedly the highlight of episode one for the audience it also made actor Fabien Frankel pretty happy.

Spoilers for season one episode one of House of the Dragon follow below.

However, though Cole may have won a sure-to-be vaunted victory over Smith’s Prince Daemon, reputed to be the deadliest warrior in the realm, he may have found himself unintentionally playing a role in the deadlier game of political intrigue that will no doubt be a mainstay of the series.

The first episode has already set up several major power struggles among the ruling family of Westeros and their retinues. While Cole has won an apparent victory and, no doubt, a significant one, he’s likely made an enemy of one of the most powerful people in the world, who also happens to be the heir apparent to the Iron Throne — at least for the time being.

He also may have risked a beef with his famous co-star; Matt Smith might not have enjoyed it so much: “I don’t think he felt very good – let me tell you now.”

House of the Dragon will air new episodes each Sunday on HBO Max.