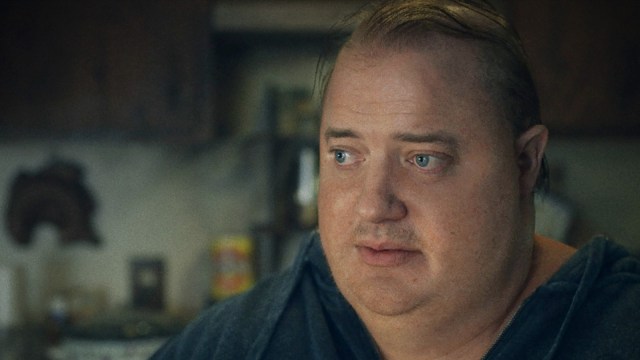 Brendan Fraser is receiving high praise, and if we may be so honest, it’s about damn time.

Fraser is receiving an honor for his role in Darren Aronofsky’s The Whale at Toronto’s International Film Festival this September. The Hollywood Reporter notes that Fraser will be honored during the TIFF Tribute Awards with the Tribute Award for Performance.

TIFF’s CEO, Cameron Bailey, shared praise for Fraser in a statement to THR.

“Brendan Fraser gives a performance of staggering depth, power, and nuance in The Whale. This former Torontonian has been an action star, a screen comic, and a romantic lead. We’re thrilled to welcome him home as the actor behind one of the finest performances of the year.”

Fraser, as Bailey notes, has held several titles across his career in entertainment, and he’s remained one of the most humble people through it all. A leading man in Hollywood, Fraser didn’t realize his impact on fans worldwide.

A sweet interview moment on TikTok reignited fans’ adoration for Fraser just last year, but the moment was more of a surprise for the actor than it was for those who have continued to root for him since his early roles.

Hearing fans share that he impacted their lives is enough to bring him to tears, and he was asked about the sweet moments at a convention panel, where he said the love was not just overwhelming, but an incredible gesture of support he wasn’t aware of before.

The ceremony at TIFF will be an emotional one for Fraser, a moment in the spotlight that is so well-deserved. The synopsis for The Whale is as follows:

“A 600-pound middle-aged man named Charlie tries to reconnect with his 17-year-old daughter. The two grew apart after Charlie abandoned his family for his gay lover, who later died. Charlie then went on to binge eat out of pain and guilt.”

We can’t wait to see Fraser in his new role, and for him to experience, once again, the full show of support and love from fans and those in the industry who have long recognized his extraordinary talent and value. Here’s to Brendan Fraser!