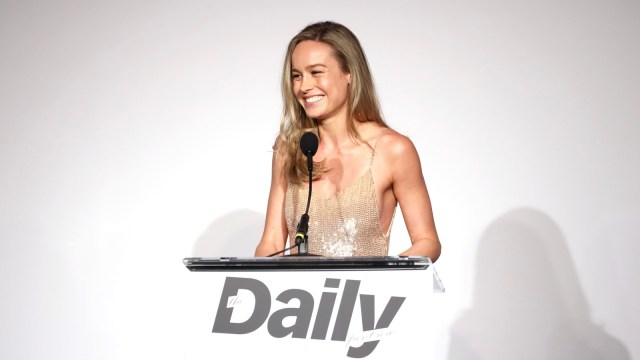 Brie Larson understands that when you appear in a Fast and Furious film it’s like going to Olive Garden. While you’re there, you’re family. And family doesn’t let Fast X co-star Vin Diesel’s birthday go by without a celebratory behind-the-scenes photo for the ‘gram.

The Captain Marvel star posted a pic of off-camera hijinks with Diesel on her Instagram page today. The pair look to be engaging in some light horseplay in front of a wall of concrete blockades in front of what seems to be a blue screen — meaning the pair’s characters could be anywhere from the surface of the moon, to the bottom of the ocean, given the franchise’s ability to defy every parameter of an action series ostensibly based around street racing.

It’s not known who Larson will be playing in Fast X, the tenth installment in the series, but she joins an all-star line-up of fresh talent that includes Reacher star Alan Ritchson, Jason Momoa, Suicide Squad‘s Daniela Melchior, and Rita Moreno.

And yes, we are just as excited as everyone else to see Moreno play the mother of Diesel, Jordana Brewster, and, what the heck, Jon Cena’s characters. Fingers crossed we’ll be able to see her land a jet car on the wings of an inflight B-52, or crash a souped-up Honda NSX through the torpedo tube of a submarine at the bottom of the Marianas trench.

In the meantime, we’ll just repeat the caption of Larson’s post. A little family for your timeline. Happy Birthday, @vindiesel 💛 #FastX