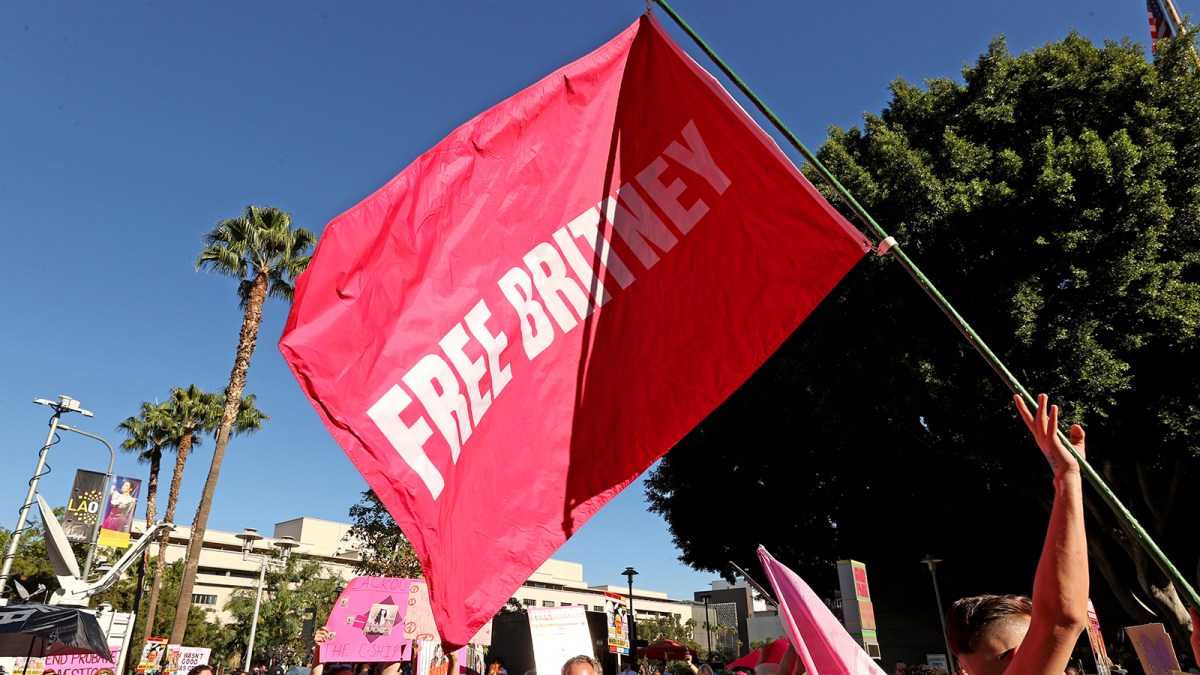 On Nov. 12, a California judge terminated the court-ordered conservatorship that governed the life of Britney Spears for nearly 14 years, intertwining her further with her father Jamie Spears. The ruling was preceded by a grassroots #FreeBritney movement that had rallied for years, advocating for the pop star’s freedom, claiming that the legal arrangement was abusive and overreaching — seen by some as a captivity from which she needed to be freed.

In the nearly two months since Spears has been released from the arrangement, she’s been coming to terms with her new life while giving fans a peek into her world through her prolific Instagram posts. But while you’d be hard-pressed to find anyone arguing in favor of the conservatorship, some folks are also expressing concern over Spears’ well-being — especially in the wake of the 40-year-old posting a nude photo to Instagram (albeit tastefully edited) on Thursday, with the caption, “Free woman energy has never felt better.”

In the two years leading up to the conservatorship being established, Spears had been cracking under enormous pressure and abuse. The media and paparazzi scrutinized every detail of her private life — portraying her first as a virgin, then as a slut, and eventually as a trainwreck. She surrounded herself with bad-faith actors such as her former manager Sam Lutfi and ex-boyfriend Adnan Ghalibrmer, both of whom Jamie Spears had filed restraining orders against after he took control of his daughter’s affairs.

Jamie Spears’s actions, however, seemed to be motivated more by padding his finances than by protecting Britney. We now know that, according to an Insider article, he was paying himself $16,000 per month to manage her estate, $2,000 more than Spears herself was allotted. This, of course, is an addition to miscellaneous expenses Jamie was adding to the bill, as he forced her daughter into years-long Las Vegas residencies to ensure that the money would never dry up.

At this point, everyone seems to genuinely want the best for Spears. There’s no debating that. And obviously, we’re living in a different climate than we did in 2008, in which society no longer takes the same sort of pleasure in seeing famous young women cut down for sport. But at what point does rooting for Britney’s happiness and success become immersed in toxic positivity — especially in the event that clear-cut warning signs begin to reappear?

It seems that many die-hard Britney Spears fans seem unphased by her recent, sometimes eyebrow-raising social media posts — and are even lauding them.

“Britney Spears being able to do whatever the hell she wants 🗣️ WAS 🗣️ THE 🗣️ ENTIRE 🗣️ POINT 🗣️ OF 🗣️ THIS,” clapped back Netflix’s Jarett Wieselman.

Another user pointed out that other female celebrities post nudes all the time without facing the same scrutiny as Spears.

“One of the weirdest parts about [the Free Britney movement] is watching and reading the media write about things fans have known and said for decades about her talent [and] skill. It’s extremely validating and about damn time!”

Though the New York Times piece generally praises Spears as an incredible dancer who has spent her career working harder than virtually any of her peers in the business, it does muse on fan concerns.

In the videos, she looks straight at the camera, breaking her gaze only for the occasional turn, or to flip her hair. This isn’t the movement of the practiced stage performer and pop star; it’s more exploratory, as if she were searching for the right step or feeling instead of trying to nail it.

Under the conservatorship, Spears’s videos became the subject of debate and speculation. While some fans cheered her on, others were bothered by her lack of polish and level stare. “Does anyone ever feel awkward or uncomfortable watching this?” someone asked in the comments of a post in February.

It’s perfectly valid to want to see Spears thrive while also being concerned about any possible troubling behavior. Those things aren’t mutually exclusive. Perhaps the best we can hope for is that, at this juncture of her life and career, Spears is surrounding herself with good people.

Not much is known about her fiancé, 27-year-old aspiring actor Sam Asghari, who seems to currently be the most stable presence in her life. A November 2021 New York Times on Asghari literally asked in its headline, “Who Is Sam Asghari, Britney Spears’s Fiancé?”

And social media activity suggests that the singer is on the outs with her younger sister, Jamie Lynn, after unfollowing her on Instagram, which seems less ideal.

In the end, it’s not up to us or anyone else to scrutinize Spears’ behavior. As long as Britney is happy, it seems likely that her fans will be too. But in the unlikely event history repeats itself, all we can do is hope for the best and brace ourselves for the worst. And in the meantime, hopefully, Spears never loses sight of all the love and support out there for her.