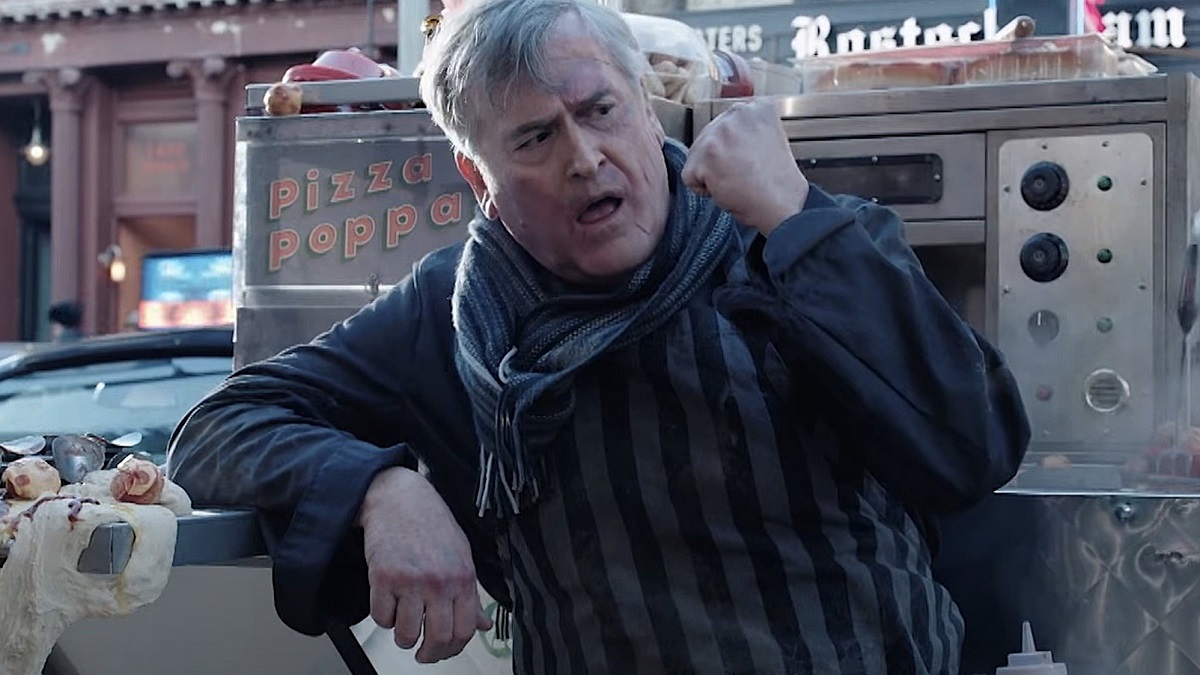 Bruce Campbell has joked that he’s been no stranger to discussions with Marvel before his mate Sam Raimi got him a role in Doctor Strange in the Multiverse of Madness.

A longtime Raimi collaborator across the Evil Dead trilogy, Darkman, the first Spider-Man trilogy, and many more, Campbell finally made an appearance in the Marvel Cinematic Universe after months of speculation. Playing the vindictive (and hard done by) Pizza Poppa, Campbell joins fellow Raimi alums Tobey Maguire, Willem Dafoe, and Alfred Molina in the all-encompassing media franchise.

Campbell has said that he had turned down several big roles with Marvel Studios, but the studio “finally caught up to” him during an interview with Screen Rant about his Doctor Strange role.

“Well, the MCU just finally caught up with me. Because I’ve turned them down for so many of these big parts. And they said, “How about a small part instead?” I go, “You know what? That’s what I’m looking for.”

Campbell just can’t seem to give an interview without having his tongue planted in cheek, but it’d be more of a story if the he didn’t show up in Multiverse of Madness, with the cult icon as much a feature of Raimi’s filmography as his beloved Oldsmobile. The greatest chin in Hollywood could return as Pizza Poppa, though, with Campbell saying there’s plenty more tales to tell as the street vendor.

That is if he isn’t busy replacing Amber Heard as Mera in any future Aquaman movies, because why not.

Doctor Strange in the Multiverse of Madness is currently available to stream on Disney Plus.