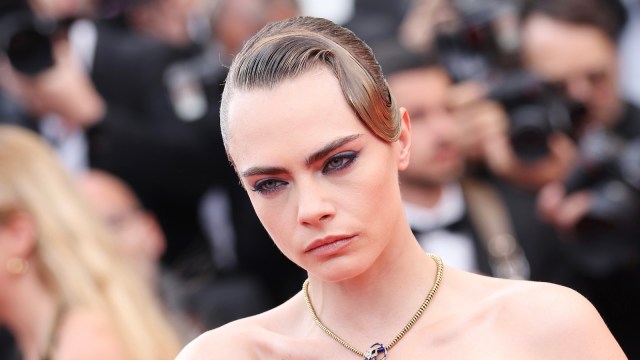 Concerns are mounting for the welfare of supermodel Cara Delevingne after she failed to show up to scheduled events during the year’s New York Fashion Week. The absences follow on the heel of several days of erratic behavior for the former model of the year that has been marked by signs of concern from her sister and friends.

Delevingne was expected to appear at Wednesday night’s Cara Loves Karl soirée, a celebration of her signature collection in collaboration with Karl Lagerfeld, at NYC nightclub Saga. However, attendees were surprised and disappointed to be informed that the Suicide Squad star would not be appearing as planned.

Her absence has led to further speculation regarding an erratic pattern of behavior observed earlier this month at a Van Nuys, California airport. Delevingne was spotted by photographers in a Chevy Suburban with her feet dangling from the window on her way to the airport. The model was apparently two hours late for a flight on rapper Jay-Z’s private jet. However, after walking across the tarmac without shoes and boarding the plane, Delevingne re-emerged approximately 45 minutes later.

She then began smoking and proceeded to have a very jittery and erratic conversation on her cell phone, which she dropped several times over the course of the call. Delevingne’s baggage was subsequently removed from the airplane and she departed in the suburban.

One week later, actor Margot Robbie, a close friend of Delevingne and her Suicide Squad co-star, was spotted in a visible state of distress after leaving the model’s West Hollywood home. Robbie held her hand to her mouth at one point and seemed to be in tears.

Some unnamed sources have claimed that the Delevingne family is concerned enough to be planning some sort of intervention with the model/actress with one reported “friend” stating, “There is talk of staging some kind of intervention and making sure Cara gets the help she may well need. She has been burning the candle at both ends of late, and it’s clearly taking its toll,” according to The Sun.

Another source told DailyMail.com that Delevingne had just returned from the Burning Man Festival prior to her journey to the airport, accounting for her disheveled appearance.

“She had just spent days in the desert, not eating all that much and she looked disheveled because she hadn’t had time to scrub up yet,” the source claimed. “Her friends are worried about her generally after some erratic behavior, but she has a good group around her. Her sister was at the festival with her. She wasn’t alone and she has her back.”