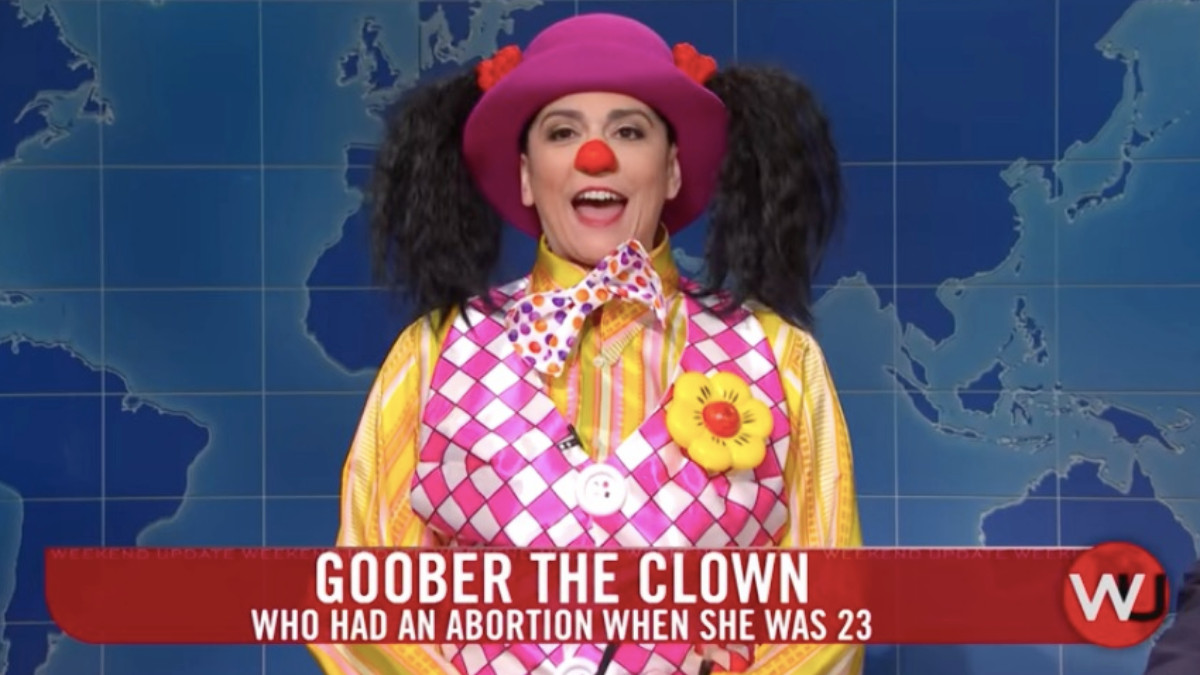 Saturday Night Live cast member Cecily Strong appeared on The View on Thursday, where she opened up about what just might be her most popular sketch spanning her 10 seasons on the long-running comedy series. Last November, Strong appeared on “Weekend Update” as “Goober the Clown” in reaction to Texas passing the most restrictive abortion laws in the country.

In an attempt to lighten the mood when discussing the taboo subject, Strong recalled — in character as Goober — an abortion that she had gotten the day before her 23rd birthday. Though, it was immediately clear that the 37-year-old was recalling her own abortion experience.

When asked how she felt about the overwhelmingly positive reaction, Strong admitted that she wasn’t expecting the segment to blow up the way it did.

“Certainly, I’m still surprised and sort of moved by the reaction and some private messages people have sent me,” Strong explained. “And a lot of women who say I’m the only one they’ve ever told or will tell. And so that still really moves me. And I think — I had so much anxiety and frustration, and it was like ‘I’m either gonna write every night, essays for nobody, or I can finally just put this on the show.'”

“And luckily, I went to [head SNL writers] Anna Drezen and Kent [Sublette], and right away the show was very supportive, and I think it’s the only thing I’ve ever done where I haven’t had any notes,” she continued, laughing. “I don’t think anybody wanted to give us notes.”

And the rest, as they say, was clown history.

“I wish I didn’t have to do this because the abortion I had at 23 is my personal clown business,” Strong told Weekend Update host Colin Jost in the sketch. “But that’s all people in this country want to discuss, all the time. Even though clown abortion was legalized in Clown vs. Wade in 1973.”

“Colin, here is my truth,” she later confessed. “I know I wouldn’t be a clown on TV here today if it weren’t for the abortion I had the day before my 23rd birthday. Clowns have been helping each other end their pregnancies since the caves. It’s going to happen, so it ought to be safe, legal, and accessible. Not back to the alley.”

“The last thing anyone wants is a bunch of dead clowns in a dark alley,” Strong added, hilariously yet morbidly.

You can watch the full sketch below.