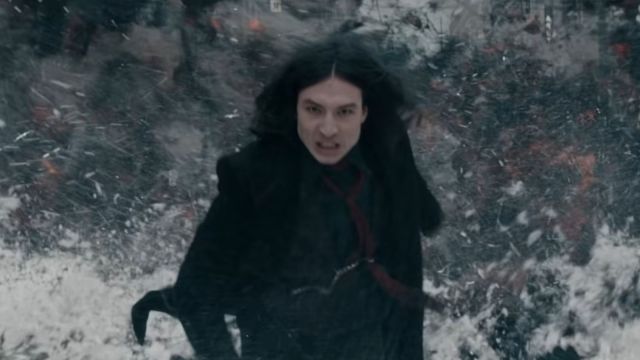 Despite the ongoing controversy surrounding Ezra Miller, it seems like people can’t stop watching films that involve the actor. Especially now as a film Miller was recently in continues to hold the number one spot on the streaming charts.

Over on HBO Max, Fantastic Beasts: The Secrets of Dumbledore continues to hold the number one spot in the Top 10 most viewed films once again according to FlixPatrol. This third installment of the Fantastic Beast franchise stars Miller as Credence Barebone, an Obscurus and the son of Aberforth Dumbledore. The film came out on April 15, 2022, as it was delayed due to the COVID-19 pandemic.

But it’s not just Miller that was the controversial topic surrounding the film. Mads Mikkelsen was to replace Johnny Depp for the role of Gellert Grindelwald due to negative press involving his divorce with Amber Heard. There was also the fact that the franchise creator, J.K. Rowling was under fire for her constant anti-trans views on Twitter. This led the author to have little influence in the development of the upcoming Harry Potter video game, Hogwarts Legacy.

Fantastic Beasts: The Secrets of Dumbledore made it to the top spot a day after the film was released onto HBO Max. It then began to fluctuate on the charts for some time, with films such as LaLa Land dethroning the film temporarily. But despite its streaming success, the film didn’t perform well at the box office. This led to rumors that Warner Bros won’t be green lighting parts four and five of the prequel series.

Fantastic Beasts: The Secrets of Dumbledore is available to stream on HBO Max.