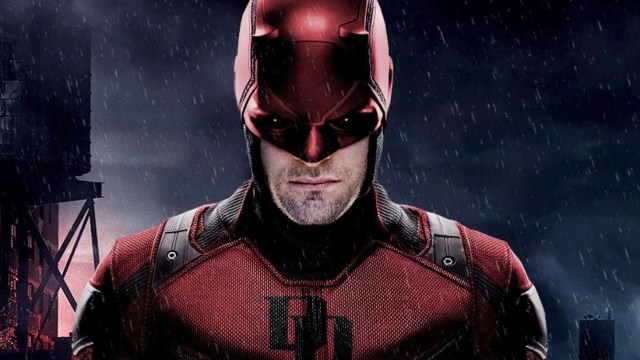 It’s finally official. After his live-action warm-up in last year’s Spider-Man: No Way Home, Daredevil is officially returning to the MCU proper with a new series titled Daredevil: Born Again, set for release in the spring of 2024. Charlie Cox will reprise the role of the Hell’s Kitchen super-hero and his alter ego, Matt “very good lawyer” Murdock.

Although few details have been released concerning the just-announced series, it bears the same name as Born Again, a seminal run of the original Daredevil comic series, written and illustrated by Batman: The Dark Knight Returns scribe, Frank Miller. In the story, Murdoch’s life is reduced to rubble after his identity is revealed by Karen Page to The Kingpin. Daredevil succumbs to despair and mental illness before he finally recreates his life and takes up his position as a crimefighter and the greatest foe of The Kingpin’s criminal operations.

Speaking of the Kingpin, the latest word from Hall H at San Diego Comic Con seems to confirm that Vincent D’Onofrio will return to play his signature MCU role. D’Onofrio was officially brought back into the greater MCU canon around the same time as Cox, appearing in last December’s Hawkeye series on Disney Plus. The two foes were already scheduled to renew hostilities to some extent in the Hawkeye spin-off Echo, but today’s announcement of their own Disney Plus series confirms once and for all that the events of the three seasons of the Daredevil Netflix series are all but certainly now canon in the Disney series as well.