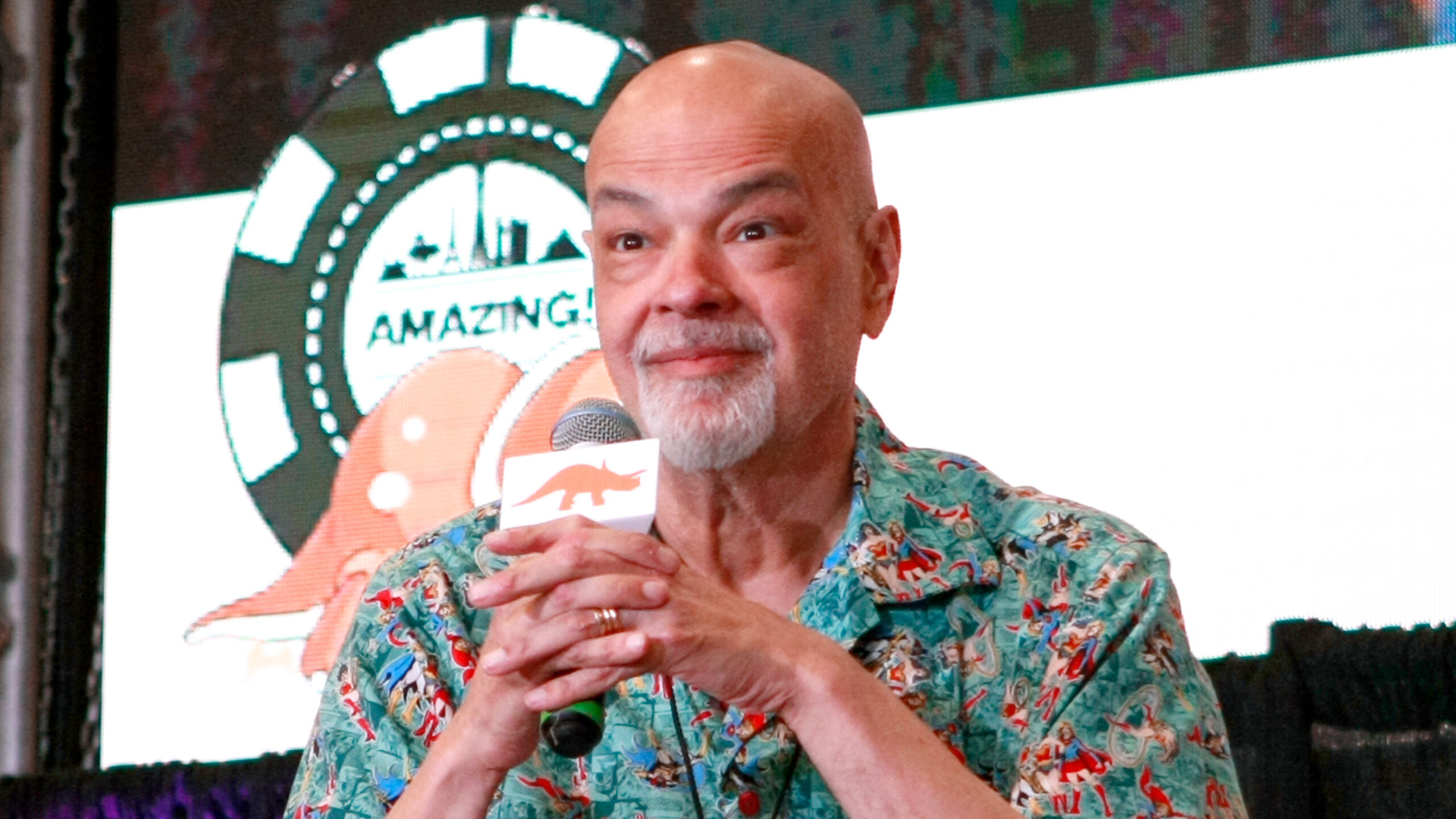 DC Comics is honoring one of the comic industry’s greats in a big way.

With the retired artist’s birthday coming up in early June, the comic book giant will observe a month-long celebration of Pérez by including a double-page spread featuring characters from some of his greatest work in each June release.

The tribute comes in light of Pérez’s recent cancer diagnosis, which he previously stated he would not seek any treatment for, instead wanting to “enjoy whatever time I have left as fully as possible.”

Current industry big shots such as Jim Lee, Todd McFarlane, and Nicola Scott, among others, contributed work for the spread, which depicts such characters as Darkseid, The Spectre, and members of the Justice League of America, including Batman, Superman, and Wonder Woman. The library of heroes and villains can be seen coming together to honour Pérez, who himself is drawn into the spread on the bottom-right quadrant.

The spread is set to act as a variant cover for the upcoming Dark Crisis #7, with each preceding issue highlighting a “crisis event” (a high-stakes scenario that often threatens the existence of the DC multiverse) from the DC Comics continuity. The first variant cover is set to highlight 1985’s Crisis on Infinite Earths, which is considered the largest and most important crisis event in the DC lore, and one that Pérez served as the sole penciler for.

First recognized for his work on Marvel’s The Avengers in the 1970s, Pérez is best known for his work as a writer and penciler at DC Comics, notably for The New Teen Titans, the Wonder Woman reboot in 2010, and the Crisis on Infinite Earths limited storyline.

Pérez was also presented with a Stacey Aragon Special Recognition Award from the Inkwell Awards in February earlier this year. He was given the award in recognition of his lifetime achievement in comic book inking.

The Dark Crisis event series will commence with its first issue on May 31 later this year, titled Justice League: Road to Dark Crisis #1.