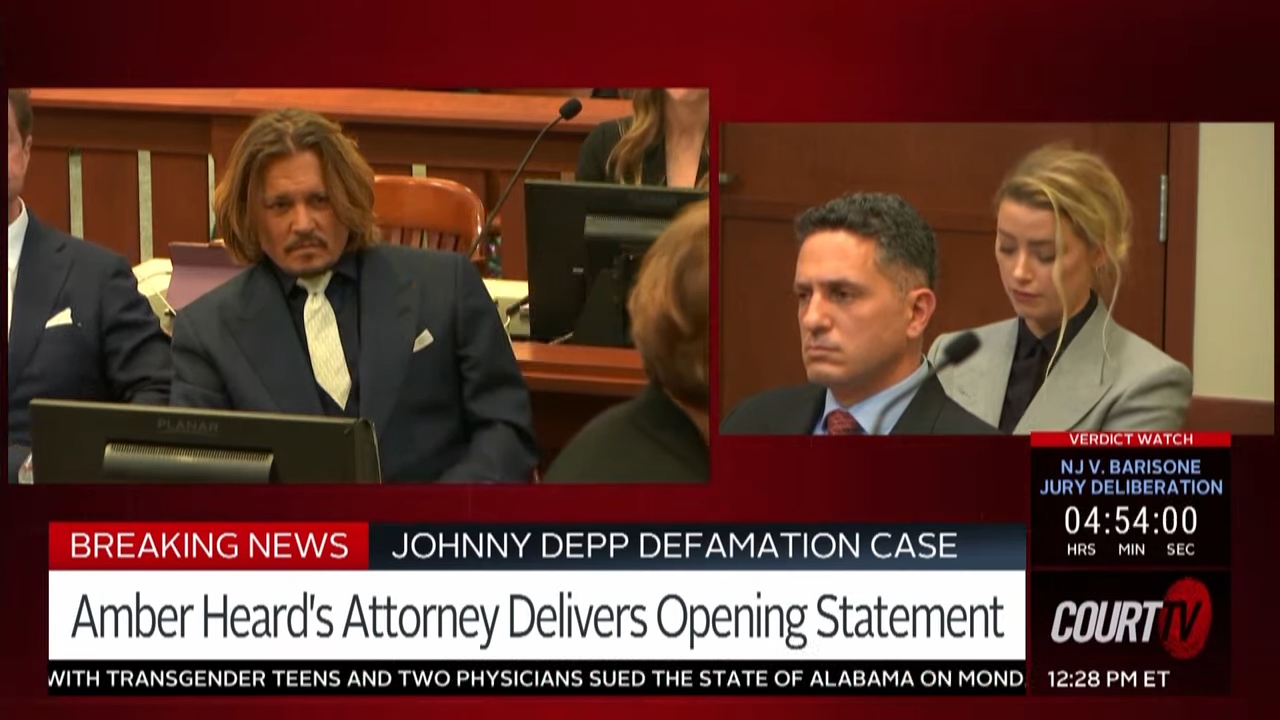 A defamation suit involving ex-spouses and Hollywood stars Johnny Depp and Amber Heard is getting messy, as accusations are flying involving incidents of both poop and pee, on day one no less.

Tuesday represents the first day the trial is being publicly broadcast from Fairfax, Virginia, after a jury was swiftly selected Monday. Each side is now giving their opening statements, and it didn’t take long for things to literally get dragged into the toilet.

Depp’s $50 million defamation lawsuit stems from a 2018 op-ed for Washington Post, in which Aquaman actor Heard claims she was the victim of domestic abuse. Though the article did not mention Depp by name, he claims the piece implied he was the abuser — an allegation he denies — and that it damaged his career. Heard is counter-suing for $100 million.

Incidents involving numbers one and two were brought up by Heard’s attorneys. In one instance, in which they characterized Depp as being prone to bouts of drug abuse, blackouts, and issuing physical abuse, they said the Pirates of the Caribbean actor wrote messages to Heard in his own urine. They also said he physically attacked her when he believed she defecated in a bed.

The allegations of abuse have been denied by Depp and his team.

Depp previously tried to sue newspaper The Sun for libel after he was dubbed a “wife beater” in an article. The suit was thrown out by a London judge, who found “the great majority” of Heard’s claims of domestic abuse “could be proved to the civil standard,” according to USA Today. These incidents involving bodily functions, that normally are rightfully relegated to the restroom, were previously brought up in that lawsuit.

The trial, which is being streamed live on Court TV, is expected to last more than a month, with both Depp and Heard expected to take the stand and testify. There’s also a star-studded witness list that includes tech mogul Elon Musk, and actors James Franco and Paul Bettany — some of whom may testify in person, while others will testify during video link.

f you are experiencing domestic abuse, or if you believe someone you know is being abused, contact The National Domestic Violence Hotline. The hotline can be reached at 1-800-799-SAFE or spoken with online via the hotline’s website. Mobile phone owners can also text “START” to the number 88788.