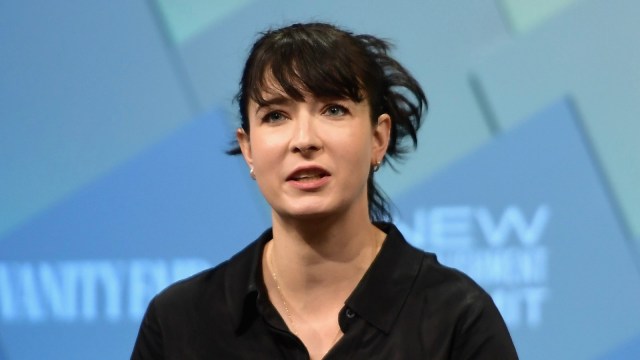 speaks onstage at Day 1 of the Vanity Fair New Establishment Summit 2018 at The Wallis Annenberg Center for the Performing Arts on October 9, 2018 in Beverly Hills, California.

Diablo Cody was hardly known by the public at all in 2007 when the little movie she wrote titled Juno became a breakout smash hit. A decade and a half later, the screenwriter can’t help but think that the world her movie was set in no longer exists.

The film told the tale of a young woman who, finding herself pregnant, elects to keep the child. The movie stirred a fair amount of debate, with some even arguing that the film was anti-choice, even though Cody has maintained that she is a staunch supporter of reproductive freedom. According to a recent interview with The Hollywood Reporter, Cody at the time “stayed out of the discourse” that surrounded the film. A few years back, following Georgia’s passing of House Bill 481, which prohibited abortions in the state after six weeks, Cody told The Crooked Media podcast that she even regretted writing the movie, considering how it had been misinterpreted.

“I wrote the movie in 2005, which is 17 years ago. The film is officially older than the protagonist, which is crazy to contemplate. When I look back on that time of writing the script, I feel wistful, because at the time it never occurred to me that my reproductive rights could be in danger. If somebody had said to me at the time — as a carefree, younger, third-wave feminist — that in 2022, Roe v. Wade would be overturned, I would have been horrified and I would have assumed we were hurtling toward some kind of inconceivable dystopia, and maybe I would have been right. But at the time, it just seemed impossible. I took Roe for granted, and many of us did. I was just creating; I never intended the movie as any kind of political statement at all. I can’t imagine being that innocent again.”

Cody also stated that she has taken on the subject of the movie, given the current political climate, to provide the clarity it may have lacked upon its release. “It kind of feels like something that should stay preserved in amber,” she stated. “But I would rather have this account be out there than [my] silence being misinterpreted.”