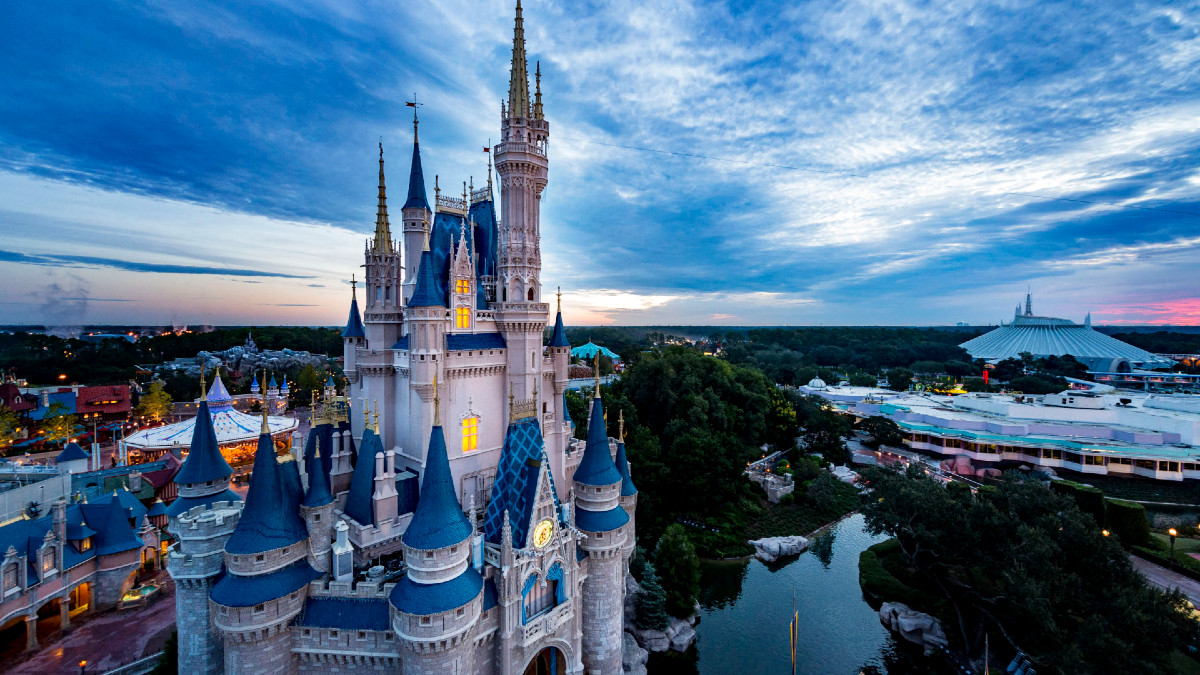 According to Deadline, National Weather Service radar displayed a “considerable” rain cell passing through the area just before the park closed. The downpours quickly turned into flooding, as waters became knee-deep in some areas of the park.

Videos taken from the scene showed Hollywood Boulevard at the Hollywood Studios park turning into a veritable “lazy river,” as some guests made the most of the situation.

“A special Catastrophe Canyon tribute tonight at Disney’s Hollywood Studios,” tweeted Disney parks aficionado Scott Gustin. “This was me approximately an hour ago,” replied another user with a video of the flooded streets. “Not shown is a person doing push-ups in the rainy street and someone body sliding into the puddle.”

“I really enjoyed Epcot’s latest immersive experience in Future World, the crippling reality of climate change,” quipped one college student who happened to be on the scene.

BBC journalist Sara Thornton posted a couple of videos from the scene. One park employee told her that the flooding was the worst he’d see in 17 years.

Another user posted a video of “kids literally doing flood angels” at Hollywood Studios, which seemed to bear the worst of the storm.

Yet another Disney fan captured the “monsoon” over Hollywood Studios.

One guest visiting from the tri-state area of New York, New Jersey, and Connecticut wrote that Lake Buena Vista has the region beat. “We weren’t expecting three inches of rain while at Hollywood Studios,” he tweeted.

“Getting lots of 1.5 to two-plus inch totals. Highest just over three inches near Disney along with the Flood advisory until 11 pm,” tweeted local meteorologist Tom Terry, adding optimistically: “My grass will certainly appreciate it.”

Fox 13 News said that the “rare, summertime-style rain event” was due to the Gulf of Mexico sea breeze colliding with the Atlantic sea breeze over Orlando’s Interstate 4 corridor.