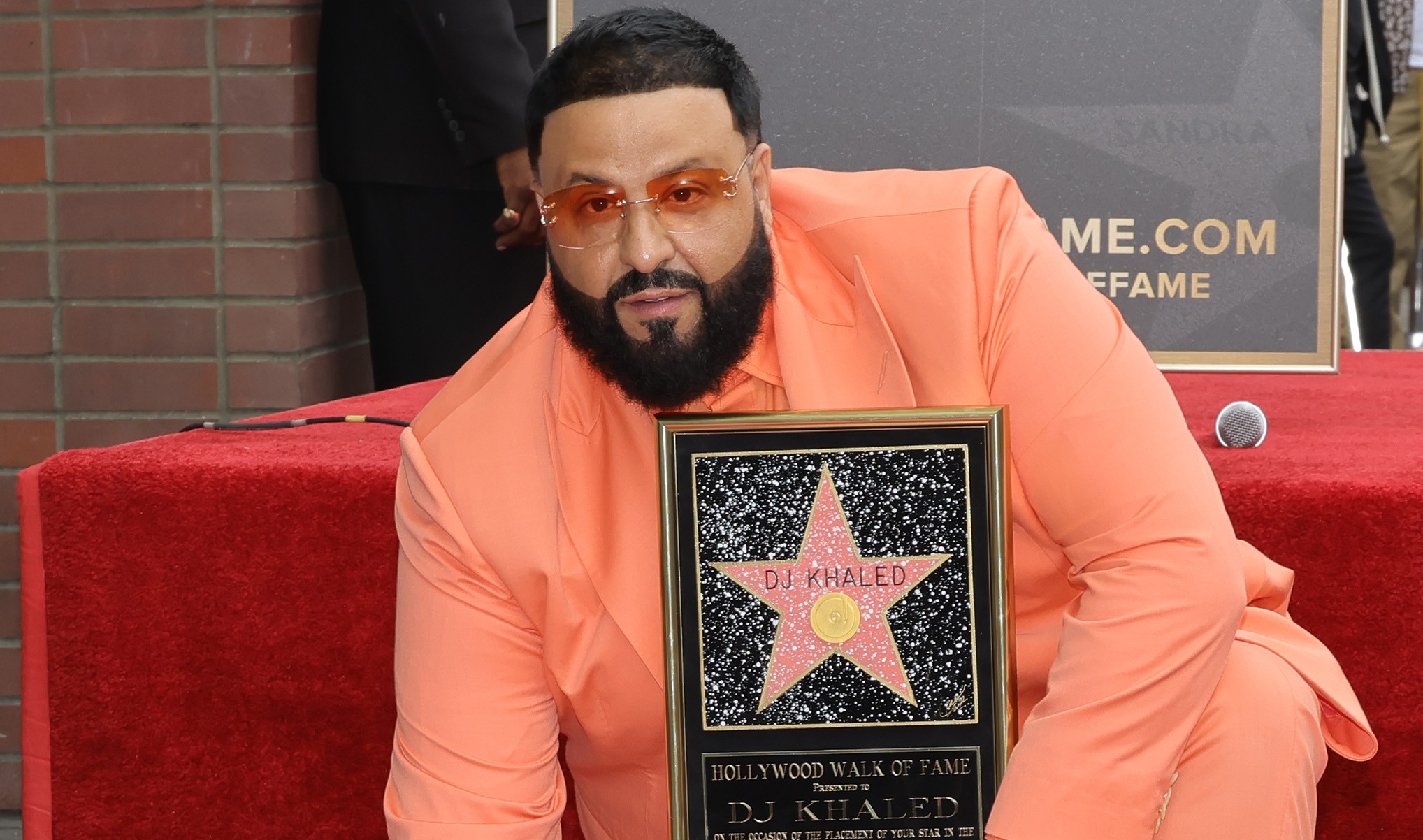 Famed producer DJ Khaled has received his own star on the Hollywood Walk of Fame.

The new addition to the walk was unveiled today with rappers Jay-Z, Diddy, and Fat Joe in attendance to support Khaled’s induction along with the star’s family.

Apart from these three artists, Khaled has worked with many other fellow rappers over the years. Fat Joe who collaborated with Khaled on “Holla At Me” and more was the one to introduce the star at the induction ceremony. Joe told the story of meeting Khaled and praised the producer for his character and work.

In hip-hop, for a long time, we haven’t really embraced fatherhood. Nobody has done it like Khaled. And music-wise, there’s nobody with a greater ear.”

Joe was followed by Diddy who continued to honor Khaled both for his musical endeavours and his personality, calling the producer a “pioneer, icon, and brilliant businessman.”

“You’re a pioneer; you’re an icon and a brilliant businessman. But most importantly, you’re a great friend to all of us here… Your energy and your work ethic is unmatched, we celebrate you for everything.”

Khaled accepted the induction with a heartfelt speech and thanked his team and supporters. The producer said he has no plans of stopping anytime soon.

You can check out the speeches from Khaled, Diddy, and Fat Joe at the ceremony on Variety’s YouTube channel here.