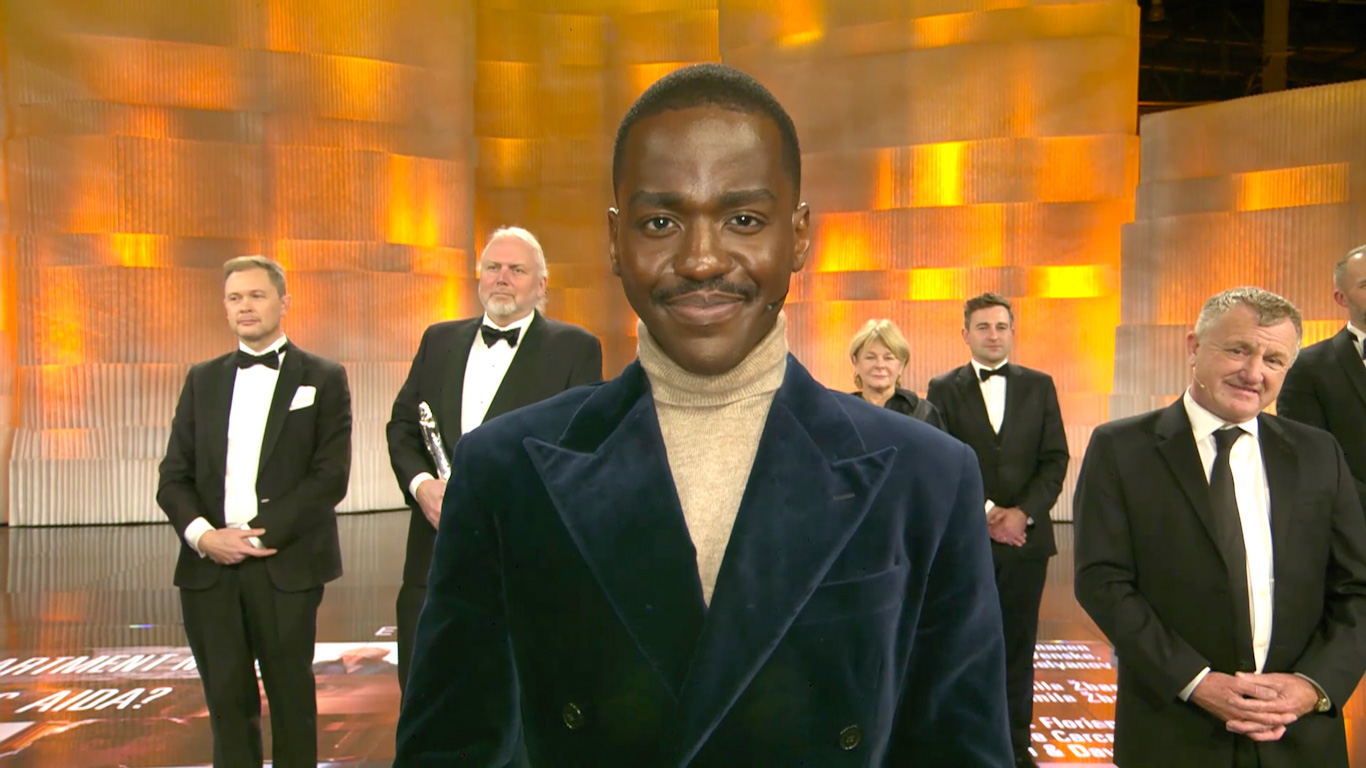 Ncuti Gatwa will be the first black actor to properly bring the Doctor to life on Doctor Who, but while diversity and representation are important to the long-running sci-fi series, executive producer Russell T. Davies says that the reason he picked Gatwa was simply his exceptional audition.

On the red carpet of the BAFTAs, RadioTimes got a chance to chat with Davies, who’s returning to the series after more than a decade. Explaining the decision to cast Ncuti Gatwa out of all the secret candidates, he revealed that it wasn’t just about “diversity and representation,” adding:

“Simply the best actor walked into the room,” He explained. “I’m aware that all this comes with it. I think if you’re six, you don’t care. And that’s genuinely the fundamental reason for me. Because I watched it when I was six, I’m here making it. So six-year-olds watching it now will be making it in 50 years’ time.”

Russell further elaborates that diversity is indeed important to Who, but at the end of the day, the show is about a two-hearted alien fighting monsters with a sonic screwdriver in a police box that can travel all of time and all of space.

“Having said that, I think once cast, those things are very important. I think diversity and representation are very important. I do want to reassure anyone you can just sit down and watch a fantastic 45-minute episode of Doctor Who with Doctor Who fighting the monsters as ever. I’ve always had things to say in my dramas, and I always will and that’s why it’s a good drama, but it’s all new territory.”

Doctor Who: Fugitive Doctor
1 of 2

The acclaimed writer of It’s a Sin also said that the show isn’t tyring to steal the spotlight away from Jo Martin, who was officially the first black female actor to portray the role, but only for an episode back in 2020 and a small cameo role in 2021.

Jodie Whittaker’s Thirteenth Doctor is regenerating during the forthcoming Christmas outing. After that, Davies and Gatwa will be embarking on the next chapter of Doctor Who with the show’s 60th-anniversary special episode.