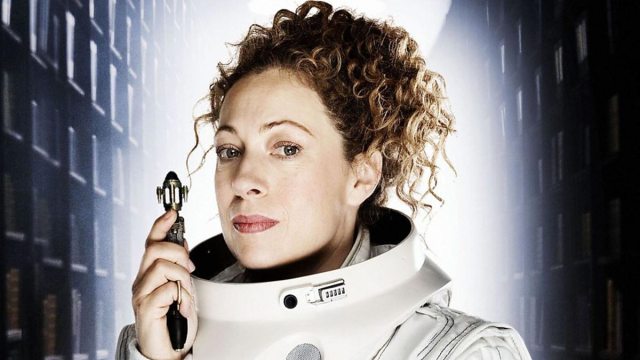 It’s a damn shame that Jodie Whittaker’s Thirteenth Doctor never got the chance to meet her wife River Song, as the dynamic between the two would’ve been potent enough to redeem Chris Chibnall’s middling Doctor Who tenure. Now that Russell T. Davies is returning to the long-running sci-fi series, though, fans are once again entertaining the possibility of a comeback for the world’s deadliest archaeologist.

Russell is already bringing some familiar faces back in the form of David Tennant’s 10th Doctor and Catherine Tate’s Donna Noble. Would it be much of a stretch to see the return of some other Who favorites as well? Say, for instance, Dr. River Song, whose run ended with “The Husbands of River Song” as she and Peter Capaldi’s 12th Doctor shared a period of domestic bliss on Darillium.

Alex Kingston certainly doesn’t seem to be against the idea. Per RadioTimes, the British actress recently appeared for an event during the London Film and Comic-Con 2022, and when asked if she’d contemplate returning to the series, she replied, “Who knows? Bring it on, Ncuti is all I’m saying!”

River Song was an integral part of the 11th Doctor’s journey, with her identity and its revelation serving as one of the best twists in modern Who. She was also the perfect example of the “wibbly wobbly timey-wimey” nature of the show’s narrative, since the two of them never met one another in a linear fashion. Steven Moffat, the showrunner who introduced River to the narrative, based her character and her arc on The Time Traveler’s Wife novel by Audrey Niffenegger, which he also uncoincidentally adapted for live-action in 2022.

River is one of the most beloved characters in all of Doctor Who, and Ncuti Gatwa’s upcoming run as the Fourteenth Doctor would benefit greatly from her presence. Let’s hope Russell T. Davies shares that sentiment.