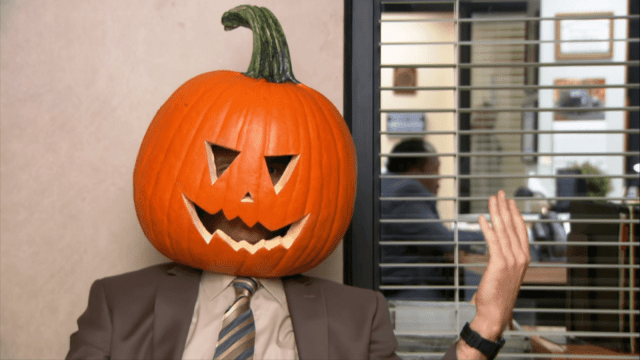 Like Daniel Radcliffe as Harry Potter or Neil Patrick Harris as Barney Stinson, Rainn Wilson’s likeness has become synonymous with that of the infamous Dwight Schrute from the US adaptation of The Office. What you might not know about Wilson, is that in post Office life he’s actually turned out to be quite the acclaimed author, and is releasing his third book Soul Boom: Why We Need a Spiritual Revolution next year.

As a matter of fact, Wilson started making strides as a writer in the midst of his nine-season tenure during the NBC hit sitcom, publishing his first book SoulPancake: Chew on Life’s Big Questions in 2010, while the seventh season of The Office was airing. He then went on to pen his memoir, The Bassoon King, in 2015.

Both books were received extraordinarily well, hundreds of Amazon reviews of both SoulPancake and Bassoon King rate both books over the four-and-a-half star mark.

In Wilson’s words, his new book Soul Boom will explore everything the actor and author have learned in his search for the meaning of life and the value of coming together to leave the world better than we found it. In anticipation of its release, we’ve compiled a list of eleven of the most fitting Dwight Schrute quotes Wilson could transplant into this book all about self-discovery and purpose in the world.

1. “How would I describe myself? Three words: hardworking, alpha male, jackhammer, merciless, insatiable.”

If you’re struggling with the definition of self, trying out an acronym of your first name may prove useful. Dwight would dedicate half of the descriptors to work, perhaps Rainn will have different thoughts.

4. “Whenever I’m about to do something, I think ‘Would an idiot do that?’ And if they would, I do not do that thing.”

Sticking with the theme of simplicity in navigating the obstacles which life presents, one can ask themselves one simple question.

5. “You better learn your rules. If you don’t, you’ll be eaten in your sleep.”

Set clear boundaries for work, life, and relationships and you will succeed. Fail to do this and Dwight says you risk, no – outright states you’ll be consumed in the dead of night.

6. “Fortunately, my feelings regenerate at twice the speed of a normal man’s.”

In a roundabout way, Dwight is telling us to not sweat the small stuff. Not every inadvertent sleight is an attack against you. Seek to understand the point of view of others, or if it won’t continue to adversely affect you in the morning, just let it go.

7. “There are three things you never turn your back on: bears, men you have wronged, and a dominant male turkey during mating season.”

Life is hard, no one gets through it without facing some sort of challenge or adversity. These are Dwight’s top three things that you need to be on the lookout for.

8. “All you need is love. False. The four basic human necessities are air, water, food, and shelter.”

On the flip side, there are things you should be looking to get out of life. In Dwight’s view, love isn’t one of them. Seriously, in the age of swipe dating apps, forget about it. Just make sure you have a roof over your head.

9. “At first, I drove myself crazy thinking about the things I should have done differently. I never should have played that joke on Erin. I never should have hollowed out this damn pumpkin in the first place. Then I realized that I was being silly. I mean, the pumpkin should rot off of my head in a month or two. Right?”

Life will continue to throw curveballs at you, and occasionally you will make mistakes. That’s okay, just remember to be like Dwight and reflect on and learn from those mistakes.

Now, let’s round out with why exactly we should turn to Dwight for sage advice about how we should lead our lives.

11. “No, don’t call me a hero. Do you know who the real heroes are? The guys who wake up every morning and go into their normal jobs and get a distress call from the Commissioner and take off their glasses and change into capes and fly around fighting crime. Those are the real heroes.”

And finally, he doesn’t want your thanks for the wisdom, for he is just a man and not a hero. Leave your thanks to the real heroes, such as Iron Man.