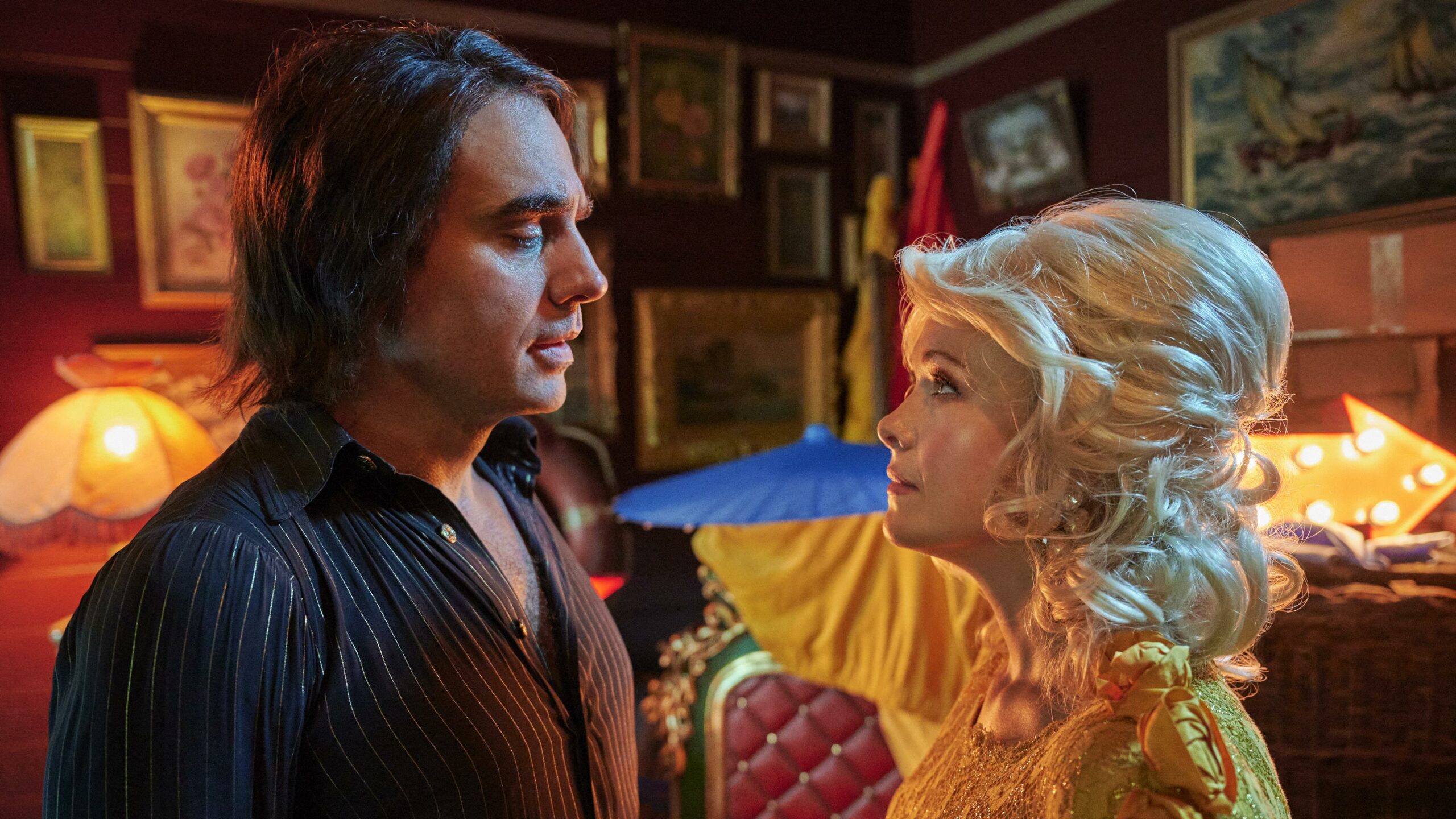 To have Dolly Parton herself give her stamp of approval to the film you wrote and star in as a Dolly Parton impersonator is quite the honor, and it’s safe to say Seriously Red‘s Krew Boylan has exclusive bragging rights to that one. “I feel pretty overwhelmed and pretty humbled and pretty nervous and excited and grateful,” Boylan told We Got This Covered, clearly still in a bit of shock after the icon herself gave the Gracie Otto-directed film a shoutout on Instagram stories.

Boylan and co-star and co-producer Rose Byrne talked to We Got This Covered about the charming debut film from their women-led production company, Dollhouse Pictures, which they started to get Seriously Red made. The movie has fulfilled a longtime dream for the school friends.

“I listened to techno,” said Byrne. “Hip hop, too!” Boylan added. “But Krew has a very long dance background,” continued Byrne. “She was part of a youth dance company for years in Australia and danced since she was a little girl, so music has always been her first love.”

The Australian film follows Raylene “Red” Delaney (Boylan), who isn’t cut out for the 9-to-5 life and prefers to hide her ginger curls (or as she calls them, “clown hair”) with a blonde wig and slip into the character of her idol, Dolly Parton. After a very justified firing from her role as a real estate appraiser, Red rethinks a chance encounter she had while dressed as Dolly with celebrity impersonator manager Teeth (Celeste Barber), and tries out for a spot on the roster. From there, she dives into her own Alice in Wonderland story, if the Chesire Cat had a suitcase of wigs.

Raylene, Raylene, Raylene, Raaaayleeen’s world is saturated in teal, mustard, and, yes, red. She lives in her mom’s garage apartment, an arrangement that doesn’t work for either of them. “A beautiful sunburned mushroom” is what counts for a compliment in their home. Red’s garage bedroom looks like a Dolly Parton-themed 60s tiki bar, but she makes a point to tell a client how back in time his own house is.

To put it mildly, Red and her Dolly impersonation are not in their final form, and she quickly gets to work upgrading her wig and rehearsing in front of the mirror. However, in her personal life, it’s all taking and no giving a little longer. That’s intentional. Boylan wanted Red’s journey to be big.

The screenwriter notes that it took the world time to catch up with Dolly. “I get the sense that Dolly has had those experiences as well, especially her choosing to express herself the way she does,” said Boylan. “She got a lot of flack in the early days.”

Once Red’s quest to be herself on purpose lands her in the local impersonator scene, her world opens up, traveling as far as Hong Kong portraying Dolly.

Immediately, she’s a magnet for her peers that also seem to have lost their sense of self in the game. Byrne plays the local Elvis, a notorious heartbreaker in the impersonator scene. Red, against all advice, becomes entangled with The King, who, in turn, disappears into the shadows as they please.

“Now on the screen, I feel like Elvis has kind of evolved to be a nonbinary character that I feel is very representative of the movie, says Byrne. “And it’s very jarring when, when they break character and address Dolly.”

Bobby Cannavale brought Neil Diamond into the mix as a retired performer-turned-power player in the impersonator industry who offers hard-earned advice to the optimistic-by-necessity newcomer. Apparently, Cannavale is a big fan, and the part was rewritten per his input.

“He offered it up like, ‘Yeah, if this was Neil Diamond…’ and I didn’t know that much about Neil Diamond, and I’m sorry to say,” says Boylan. “But once he said that, I was like [gasps] and went back and really fell in love with Neil Diamond and rewrote it, hoping that he would say yes to it.”

And of course, Raylene’s Dolly fell for her own Kenny Rogers, a man who stays in character at all times and demands she does the same. When Raylene is looking for real intimacy, he will not break character. The role eventually went to Daniel Webster, who Boylan got to know during an acting Masterclass.

“It was a tricky, it was a tricky part to cast the Kenny Rogers part,” says Boylan. “But we wanted someone who had charisma, who had the musical chops, who you believe and who could dig deep in getting into character like that and also not play the lead.”

The cast is filled out with plenty of authentic impersonators, too. Australian treasure Kylie Minogue is represented, of course, and the bars are full of anachronistic A-list couplings. “Bad Romance” -era Lady Gaga might dine with the Who’s Afraid of Virginia Wolf? Elizabeth Taylor, and it couldn’t feel more right in the cocoon of the night. Seriously Red leaves you wondering who they all are when they go home.