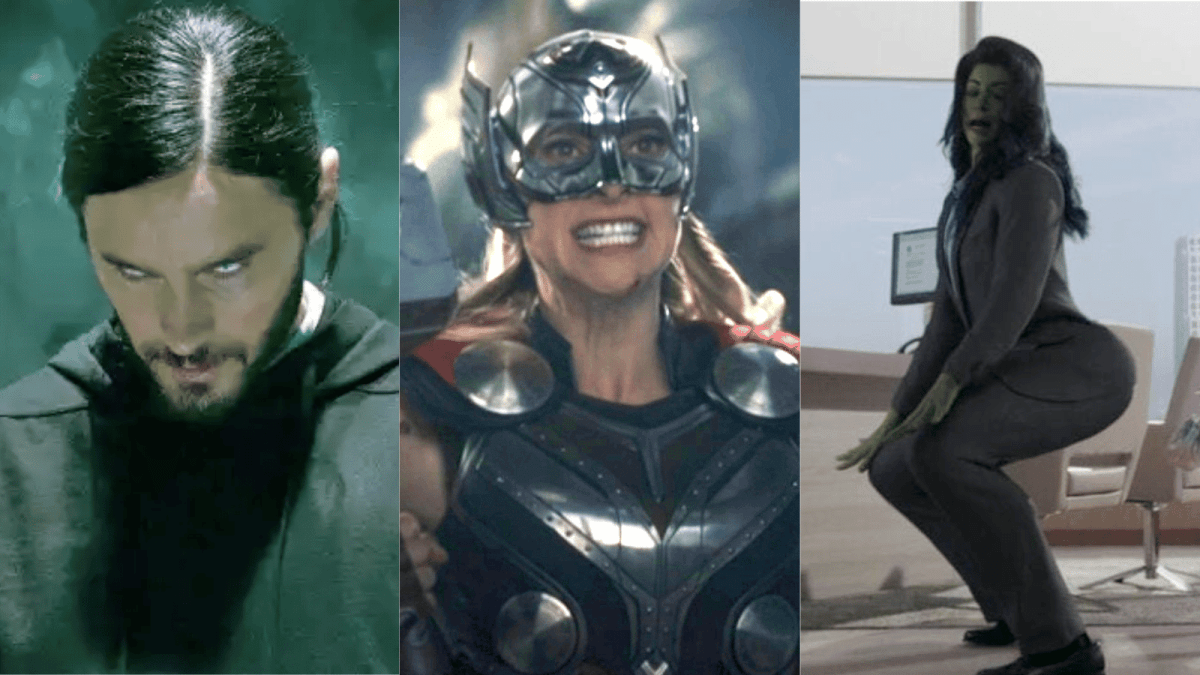 2022 is coming to a close, which means it’s not only the season of giving and cranking Mariah Carey on repeat, but it’s also the season to reflect on and acknowledge the biggest artistic moments of the year. Or in this case, celebrating and poking fun at when the biggest live-action comic franchise in the world gets it wrong.

In a since-deleted post over on the r/marvelmemes subreddit, fans were invited to cast their vote for the most cringe worthy Marvel moment of 2022. The thread’s author, u/danishblogger, came up with their own shortlist of candidates in the original post:

Perhaps there are other moments that may spring to mind outside of the above selection in the thread, and some are arguably not even cringe, but they remain the focal point of the discussion for the purposes of the 2022 “Marvel Cringe Award.” Bruce Banner doing yoga in the opening episode of She-Hulk was quickly ruled out, because let’s be honest – there’s nothing wrong with a man practicing a form of exercise that’s good for both mind and body.

Likewise, the ice cream song from Doctor Strange in the Multiverse of Madness and Jane Foster’s “eat my hammer” punchline from Thor: Love and Thunder were also dropped from contention, seeing as the scenes in question quite clearly shipped with intent to induce cringe, which automatically disqualifies them — we’re only discussing proper “what were they thinking” blunders here.

With that in mind, only one of the above options remained in the running – Matt Smith dancing in Morbius. Granted, many Smith fans in the thread leapt to the star’s defense, arguing that nothing he does could ever be cringe. Which leaves us with an executive decision to make — and we declare the entirety of Morbius as a film to be the most cringe Marvel moment of 2022.

You likely need no introduction to the travesty of a Jared Leto-led dumpster fire of a superhero film, which touts an abysmal 15 percent rating on Rotten Tomatoes. Granted, the audience score sits at 71 percent, but we’re convinced that this is a case of inverse review bombing as part of the “It’s Morbin’ Time” bit that the internet collectively embraced earlier this year.

Thankfully, Morbius doesn’t count as a part of the core Marvel Cinematic Universe, so the Disney-controlled part of the Marvel world is in the clear for the year. Sony, on the other hand – dun goofed.

On the topic of awards, this year had its fair share of cringe moments in itself when it came to the biggest accolade ceremonies, from the infamous Will Smith slap at the Oscars, to some kid gatecrashing The Game Awards to shout out Bill Clinton.