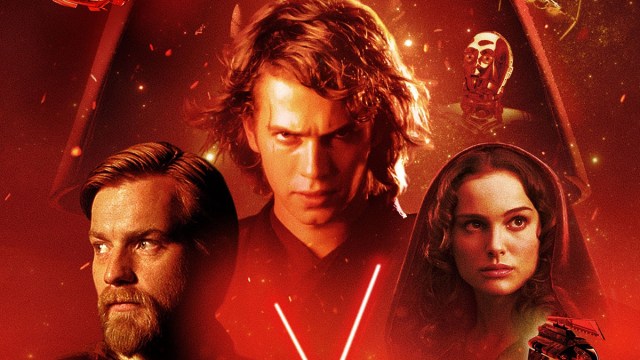 A mashup video featuring Star Wars characters reciting the lyrics to Smash Mouth’s meme-worthy song, “All Star,” is surging in popularity on social media after it was uncovered by a fan online.

“ABSOLUTELY LOSING MY MIND OVER THIS” the Twitter user @phan2187 wrote, along with a post of the video in question.

The Twitter user went on to clarify that the video was originally created by The Tonight Show starring Jimmy Fallon.

According to Billboard, the video was made by Fallon and his team back in 2017 in response to a fan request.

“I love Star Wars, I also love the song ‘All Star’ by Smash Mouth, which got me thinking: could you show all the stars of Star Wars singing ‘All Star?'” the fan wrote Fallon.

To commemorate May the Fourth, 2017, Fallon made good on the fan’s request and even released a Tweet about it on that fateful day, five years ago.

While the Tonight Show’s tweet included a link to the video of the Star Wars/Smash Mouth mashup, the video has since sadly been removed from YouTube.

“[I]t was deleted off of youtube and i didn’t want it to fall through the cracks of time, so to speak. plus i just thought it was funny 😭😭” @phan2187 explained.

Star Wars lovers across the web were obviously grateful for the Twitter user’s post, with many of them apparently seeing it for the first time due to the repost.

Another Twitter user said they weren’t even a fan of Star Wars but found the video fire anyway.

Try not to smile.

“Everyone needs to see this,” another Twitter user wrote.

Not every Tonight Show sketch lands, but clearly, the public opinion on this particular piece is that it has stood the test of time.