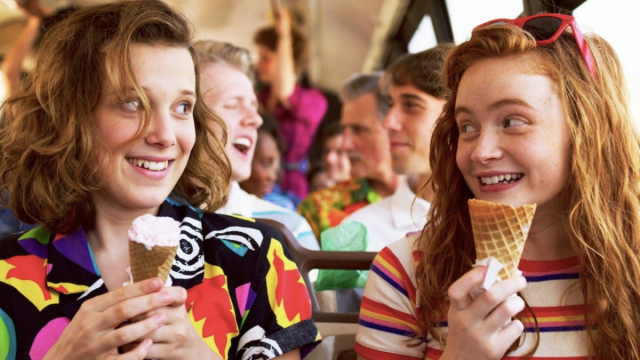 There’s no denying that the cast of Stranger Things delivered a phenomenal performance for their recent fourth outing on Netflix, which is why the internet now collectively wants to know why Millie Bobby Brown and Sadie Sink didn’t receive any nominations for the upcoming 74th Primetime Emmy Awards.

Today saw the announcement of all the major categories competing for the best of television in 2022. And with Stranger Things growing to the level of unanimous critical acclaim that it did in season four, it was hardly surprising to see the hit Netflix series bag a whopping 13 nominations.

What’s pissing off arguably the entirety of the internet, however, is the fact that both Millie Bobby Brown and Sadie Sink were snubbed, despite singlehandedly carrying the entire season on their backs with exemplary performances and even more iconic character arcs. That’s especially true of Sadie, whom even the Duffer brothers asserted was the true star of season 4our

Did the actress go through all of that effort for nothing, after all? Granted, no viewer in their right mind would possibly think that’s true, but how could the Academy of Television Arts ignore that performance of a lifetime in episode four?

Even Bobby Brown clearly deserved some recognition after so many years of headlining the Stranger Things ensemble.

Fans are saying it as they see it: Sadie Sink was clearly robbed.

She’s already an Emmy Award-winning actress in our hearts, though.

Alas, such has always been the way with these award ceremonies that many great performances simply get overlooked amid the sea of projects and the talent attached to them. As for this particular instance, something tells us that fans aren’t going to get over it anytime soon.