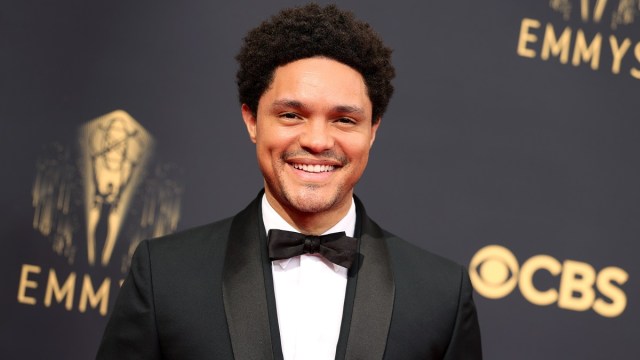 Pictures of the late-night comedian Trevor Noah and singer song-writer Dua Lipa emerged online showing the two out for dinner and kissing in New York which has sparked romance rumors that the pair are together. The coupling, however, is not exactly what has people on the internet shaken though, but more the revelation of Noah’s age.

Trevor Noah hails from South Africa where he started his career as a comedian in 2002, so that alone should give you some ballpark estimate as to how old he is. After doing exceptionally well in his career there Noah decided to relocate to the States in 2011, going on the be the first South African stand-up comedian on The Tonight Show and later on the Late Show with David Lettermen.

After numerous solo shows, and guest appearances he became a recurring contributor on The Daily Show in 2014, a show where he would then take over from Jon Stewart as host a year later in 2015.

Despite having been a firm fixture as a comedian for some time it would seem that many still are unable to wrap their heads around the fact that Noah is in fact 38 years old, 11 years older than Dua Lipa, aged 27. People took to Twitter to share their confusion and shock.

This tweet suggests that the potential paring is the least surprising part of this headline.

This fan wants whatever creams Noah is using.

Many imagined him to be almost a decade younger.

This would have put his age at between 21-23 when he became the host of The Daily Show which is a tad young for the role.

Many are praising the comedian’s youthful appearance for someone who is close to 40.

Perhaps laughter lines don’t cause wrinkles because the comedian would have appeared to have fooled many into believing him much younger than he actually is. There is currently no confirmation that Trevor Noah or Dua Lipa are in a relationship.