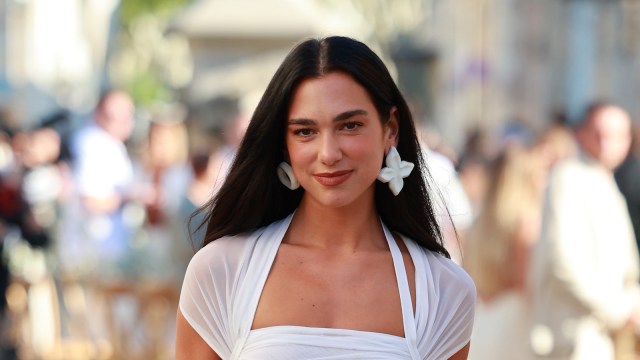 Dua Lipa seems to have her eyes set on television royalty, after being spotted at an intimate dinner with none other than Trevor Noah.

The duo were seen having what looked like a very romantic dinner in New York City, with them sharing a hug and a kiss at the end of their dinner in the East Village. Dua Lipa was seen in a surprisingly casual outfit which was a far cry from her stage persona which favors ridiculously colorful garments.

An observer told the Daily Mail of their spark together, noting how close they got and their penchant for embracing as they walked out. The outlet had also taken photos of them on their night out, with pictures showing their embrace on the streets of the Big Apple.

“They were quietly sat away from everyone else at restaurant. It was clear they were into each other and sat close together throughout the meal. They left together and walked, stopping for long embraces and on the second kiss with hugs.”

Lipa’s recent dating history has included the likes of English chef Isaac Carew, American pop rock singer Paul Klein, and model Anwar Hadid (the younger brother of Gigi Hadid, who is dating Leonardo DiCaprio). The 27 year-old broke up with Hadid in Dec. 2021, with this the first squeeze of Lipa seen since their break-up.

38 year-old Noah on the other hand, has not had any public relationships or an overly well-known personal life. It’ll be curious to see if Noah and Lipa do go officially public after essentially being outed by paparazzi. This could all also be overblown, and they’re just very affectionate close friends.