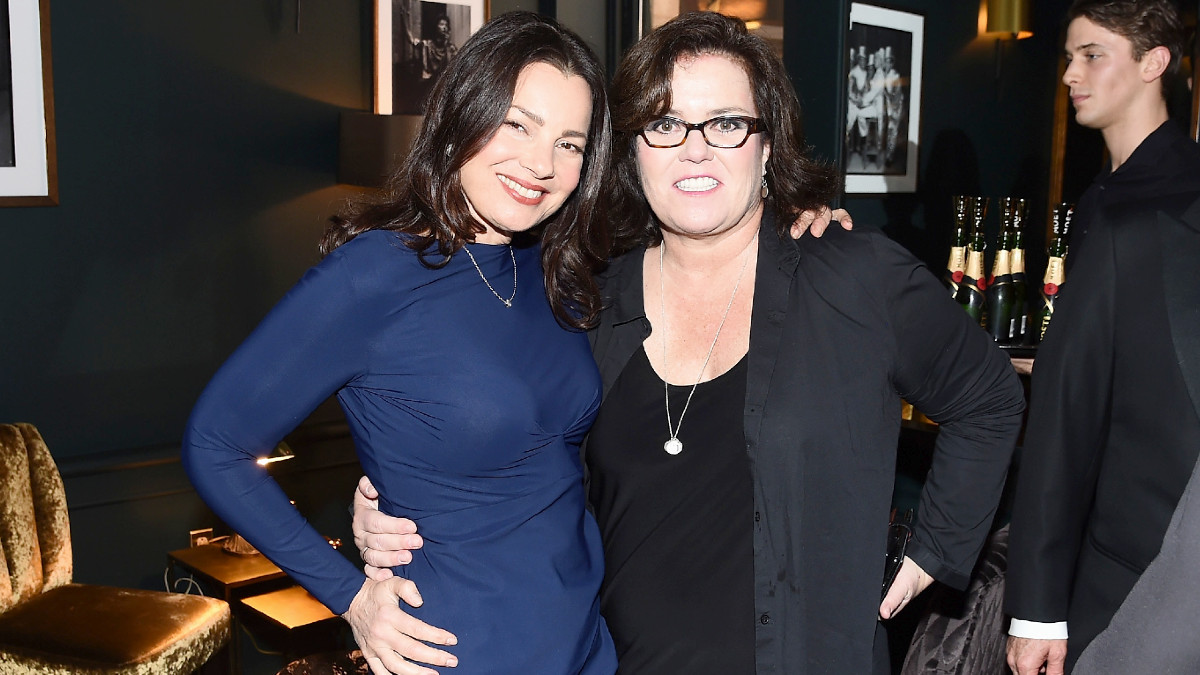 Fran Drescher has weighed in on the controversy inadvertently triggered by her longtime friend Rosie O’Donnell earlier this year. The two veteran comedians, along with O’Donnell’s son, had been dining at Nobu when they happened to be seated next to Nick Jonas and Priyanka Chopra.

Unfortunately, O’Donnell was under the mistaken impression that Chopra — a wildly famous Bollywood star in her own right — was the daughter of self-help guru Deepak Chopra and accidentally put her foot in her mouth, telling the 39-year actress that she “knew her dad.”

To make matters worse, O’Donnell brought what would have otherwise been a private moment to light by apologizing to Chopra in a since-deleted TikTok video, referring to her as “the Chopra wife.” Suffice to say, that likewise did not sit well with the actress.

Page Six caught up with Drescher at Clive Davis’ 90th birthday party on Wednesday and asked The Nanny star what she took away from the incident. “Rosie is a very dear friend of mine,” replied Dresher, adding that O’Donnell “sometimes regrets something she might have done because she would never want to hurt anybody.”

“She happens to be a very good woman, and she is fearless for fighting for the underdog. She has tremendous character in that regard. She goes to the mat when others wouldn’t. So yeah, you know, not knowing somebody’s name or something should be her greatest offense.”

For her part, Chopra responded to O’Donnell on Instagram, telling her she should have “Googled her name” before taking to social media.

“I have never taken myself so seriously to think everyone would know who I am, or my work for that matter,” she wrote. “But if you wanted to make a public apology for a very awkward private encounter, I think probably best to take the time to Google my name before doing it or even try to reach out directly.”

“We ALL deserve to be respected for our unique individuality and not be referred to as ‘someone’ or ‘wife’ especially in a sincere apology,” Chopra continued. If we can learn to respect our differences in an authentic way, the world we raise our children in, will be amazing.”