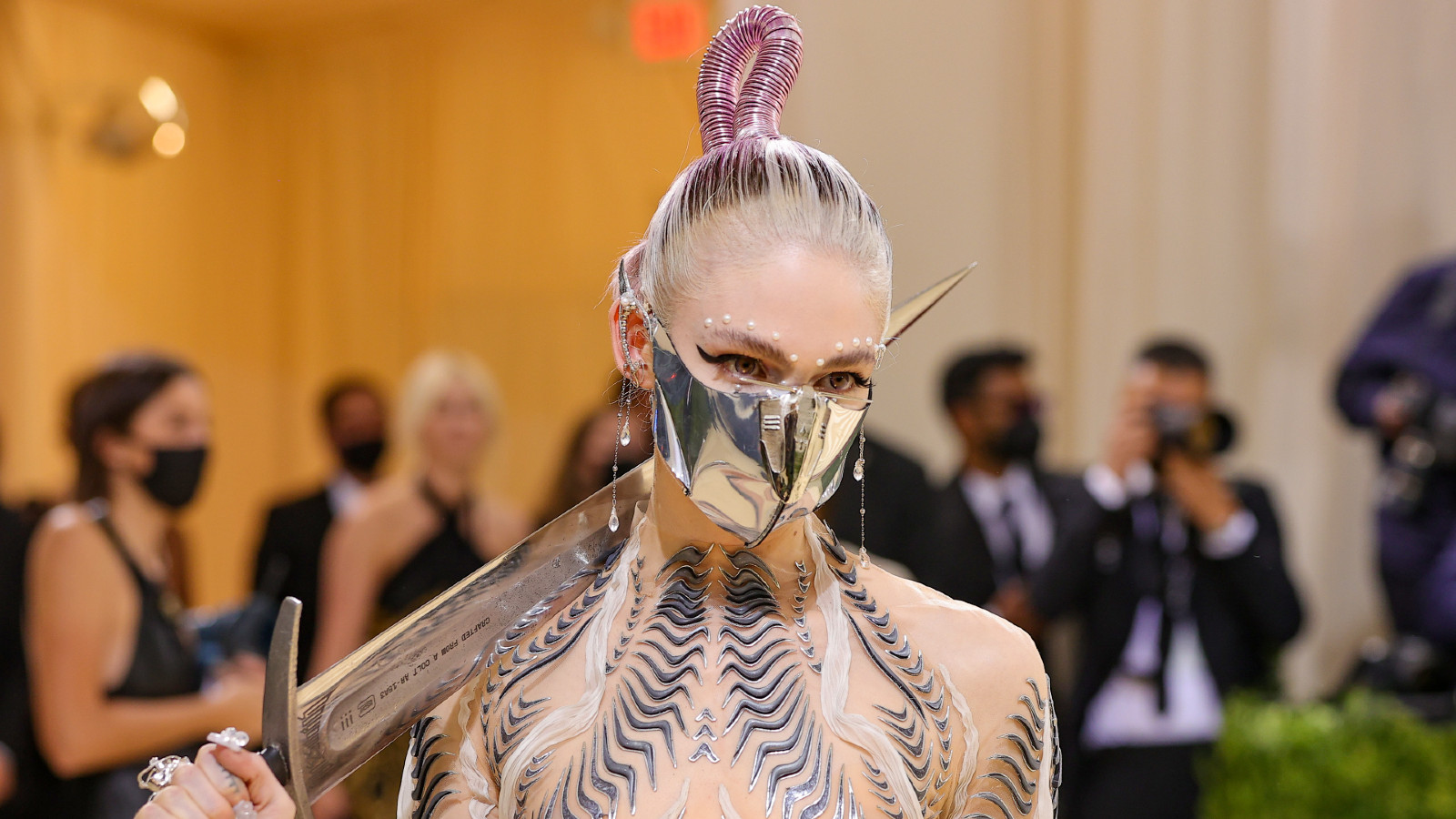 The biggest revelation to come from Vanity Fair’s profile of Grimes was hands-down that she and her on-again, off-again partner Elon Musk welcomed a second child back in December, a girl named Exa Dark Sideræl Musk, or “Y” for short. But apparently, between the interview and when the article was published, the pair have gone their separate ways again. Life comes at you fast!

In a multi-part tweet thread on Thursday, the 33-year-old singer thanked the magazine for putting her on the cover while adding that she wanted to “clarify a few things.”

Contrary to the article’s lede, which Grimes mistakes for the headline, she writes that she “def held a lot back” and didn’t intend for the interviewer, whom she invited into her home, to find out about her colicky newborn daughter who was in another part of the house and evidently prone to fits of crying. It looks like Grimes is doing a great job “training” her to be a musician.

“So please respect her privacy as I’d love her to be able to live as private of a life as possible,” she wrote.

She also reiterated that because she’s a “private person,” it would be the last time that she’ll do any “traditional press” and shouted out projects she’s working on that didn’t make it into the article.

“A bit of fact-checking,” she continued. “I am not a capitalist democrat. I don’t ascribe to any political party or economic model that currently exists. I think I was referring to how I am perceived but that is not my actual stance.”

But the biggest bombshell came further down in the thread when she confirmed that X’s parents are apparently once again exes.

“Me and E have broken up *again* since the writing of this article, haha,” she continued. “But he’s my best friend and the love of my life, and my life and art are forever dedicated to The Mission now, I think [author Devin Gordon] wrote that part of the story [really] well.”

For the uninitiated, when asked about “The Mission,” which Grimes referred to throughout the piece, she responded: “Sustainable energy, multi-planetary species. The preservation of consciousness.” You know, pretty normal stuff.

At any rate, this lends credence to the rumor that Musk is currently dating 27-year-old Australian actress Natasha Bassett, who is nearly half his age. Ostensibly, he has to put with less anime crap from Etsy with Bassett, so win-win all around.