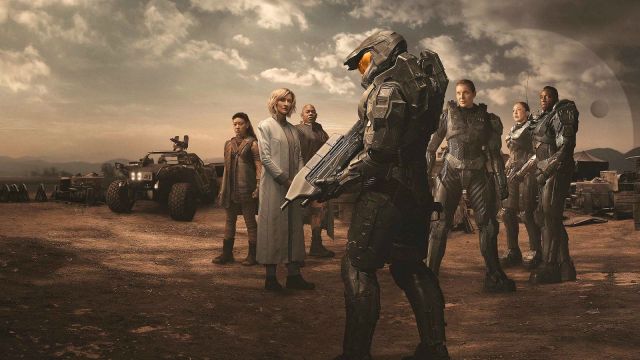 Halo fans, rejoice! If you had been impatiently waiting for the news of the military science fiction taking Paramount Plus by storm, fear not! The streaming service has announced that season 2 is officially underway, with the Spartans finally sharing their return back on the battlefield with a tweet from the official series account.

Although the first season was met with mixed reactions, with praise towards the stellar acting and action portions to criticism towards the lack of authenticity of its original work, Halo has gone against all tides and granted itself a second season even before the first one came to an end. Production has also started in Iceland, and it is expected to resume shooting in Budapest, Hungary, in accordance with its previous season.

In addition to the news regarding the start of production, two new introductions to the cast have been confirmed. Joining Pablo Schreiber, Natascha McElhone, and Jen Taylor, it has now been confirmed that Joseph Morgan from The Vampire Diaries and Cristina Rodlo from No One Gets Out of Here Alive have joined the cast in the second season as James Ackerson and Talia Perez, respectively.

The sci-fi series created by Kyle Killen and Steven Kane is based on the military video game franchise by the same name, and it depicts a 26th-century war between United Nations Space Command and the Covenant, a military alliance of advanced alien races that are determined to obliterate the human race. The show’s accuracy when it comes to its original source has been questioned by hardcore fans of the video game saga, translating into a relatively low score on Rotten Tomatoes. However, that hasn’t stopped the show’s fans from boasting about the military series, leaving the cast completely overwhelmed by the positive response after the first season’s premiere.

Halo‘s newest season still doesn’t have an official premiere date, but the first season can still be found and streamed on Paramount Plus.