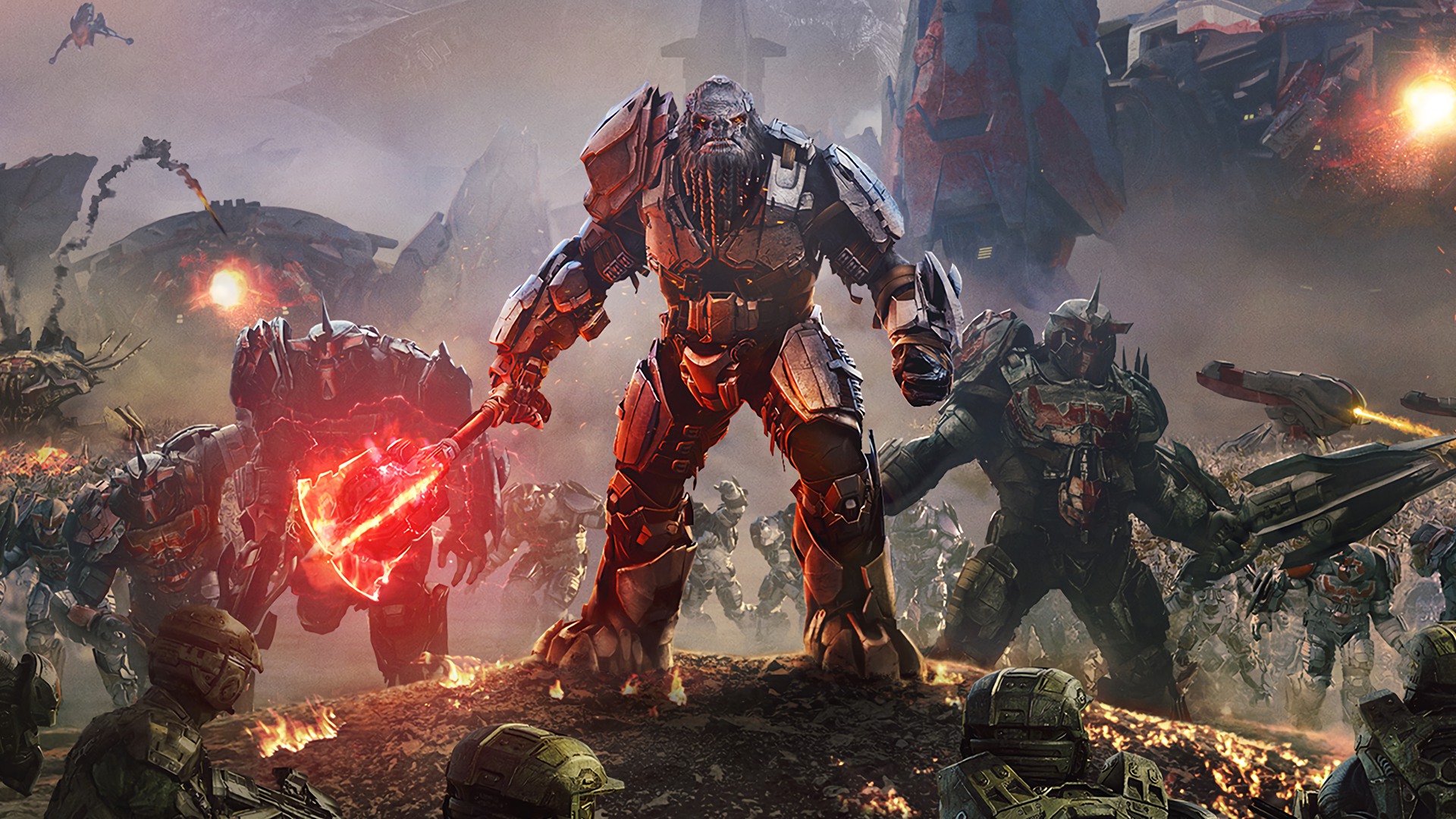 The most recent episode of Halo finally squared Master Chief up against a Covenant brute, though according to celebrated television writer David J. Peterson, this was no ordinary Jiralhanae.

The conlanger of such iconic works as Game of Thrones (Dothraki language), The Witcher (Elder Speech), and Dune (Sardaukar) took to Twitter today to reveal the transcript for the spoken Covenant lines from episode 5, “Reckoning.” As you can see for yourself, the alien troopers are referring to the brute as Atriox, the legendary antagonistic figure who kicks Master Chief’s butt in the opening moments of Halo Infinite.

Fans of the military sci-fi franchise recognize Warmaster Atriox as one of the most badass villains in Halo history, a creature who actually inspires respect in audiences rather than hate or animosity.

After appearing in Halo Wars 2, Atriox once again returned in the early moments of Halo Infinite, and in all of his terrifying splendor, absolutely dominated Master Chief in melee combat and ended up swinging him around like a ragdoll.

Suffice it to say, Pablo Schreiber’s Master Chief will have a difficult time matching up to Atriox in terms of strength if the two ever butt heads again, which, now that the Covenant possess the artifact, seems dangerously likely.

Halo on Paramount Plus is continuing to expand on the lore from the video games. And in spite of all the controversy surrounding the creative changes made to the story, the show seems adamant about reintroducing a slew of familiar faces each week as it builds towards its season one finale.