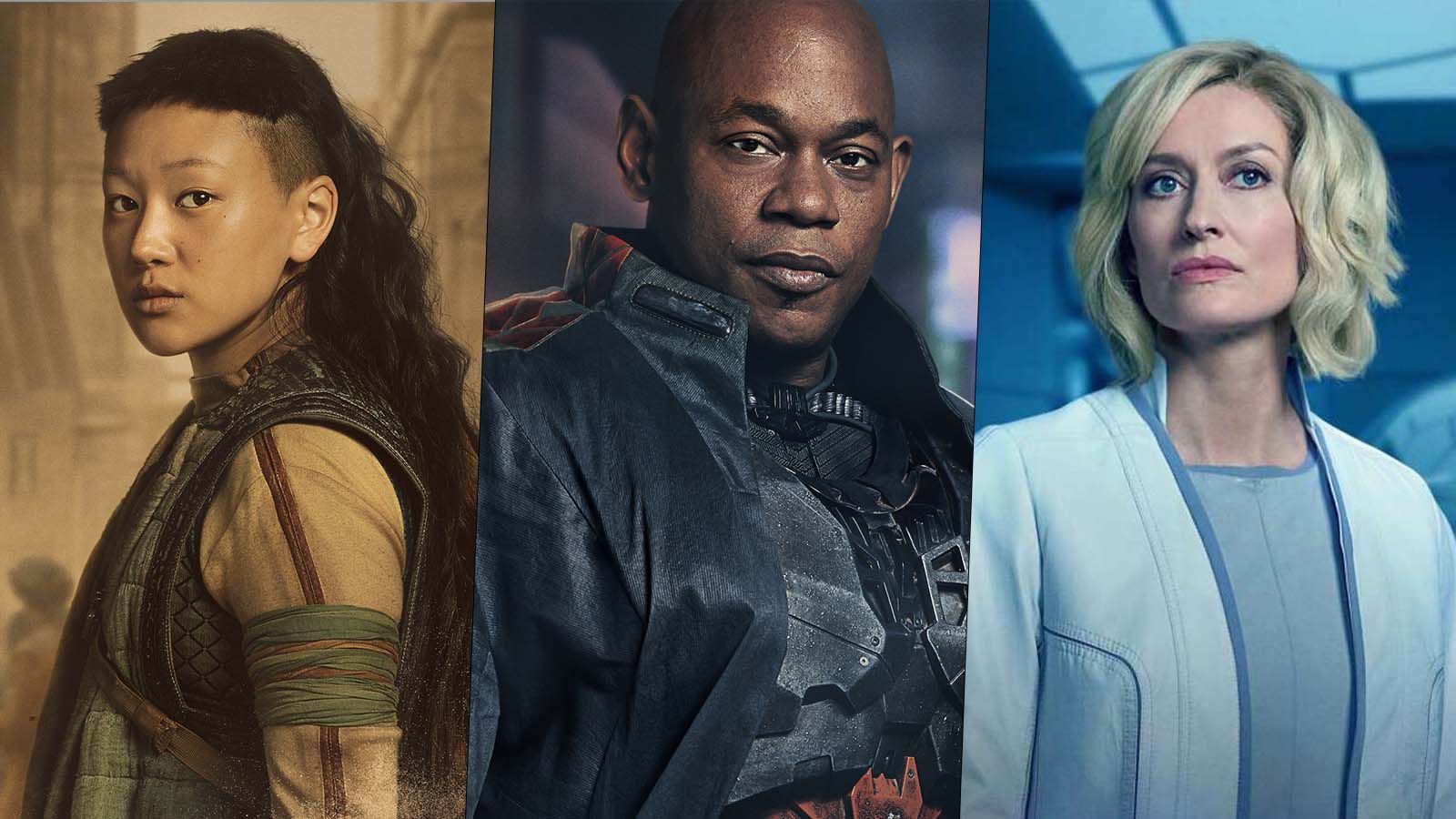 A lot has already been said about Halo not being a faithful adaptation of the video game series, but this week’s episode “Inheritance” is probably the first time that many fans will actually reach for their remotes to double-check if they’re still watching the live-action adaptation of their favorite military sci-fi franchise.

After vising the titular Halo Array for the first time during last week’s outing, the show decides to favor Kwan Ha’s story as she traverses the Madrigal desert in search of answers.

“Inheritance” begins with a flashback sequence that reveals the rough dynamic between Kwan and his father Jin Ha. In the present day, Kwan pushes on through a sandstorm but abruptly stops after seeing humanoid shapes in the distance. Making the rookie mistake of coming out of the rover, Kwan is blindfolded and taken away by unknown individuals.

Soren somehow managed to get off Madrigal by himself after Kwan knocked him out cold in episode 5. Now back on his own rock, the character struggles with his conscience and the promise he made to Master Chief to keep Kwan safe. After a brief side plot involving his business partner and stealing slipspace engines from the UNSC, Soren decides to go back to Madrigal and find the girl against his better judgment.

Kwan finds herself in the midst of a group of unidentified desert witches, the same ones his father visited many years ago. Their leader tells Kwan that her anger will always get the better of her, while Kwan claims that rage is all she has left. The witch then gives her a liquid to drink as part of a trial. Doing so transforms Kwan into a dream, where she has to repeatedly fight Master Chief to no avail.

While it seems like the plot is building towards some sort of a lesson for Kwan about using her wits, the vision suddenly changes to show a helmetless Master Chief who guides Kwan into a well outside the tents. There, she meets other visions of her ancestors, leading to her father, who tells Kwan that she should follow their path and show Master Chief the way when the time comes.

Kwan’s dad advises her to go where everything started. Naturally, the character makes her way to the Madrigal outpost the Covenant attacked in episode 1. She finds Soren waiting for her there and the two team up again as Vinsher and his men arrive. A fight ensues, with the pirate utilizing the range of his Spartan skills to kill dozens of Vinsher’s men.

At the end of the skirmish, Kwan uses Master Chief’s iconic MA5C assault rifle to blow up the entire outpost, killing Vinsher and his men while she and Soren take cover. Kwan uses her father’s wealth to pay off Soren for his help and the two part ways for the time being, bringing “Inheritance” to a close.

After several episodes of being apart, it seems Halo is finally reuniting Master Chief and Kwan Ha in the eighth chapter, though where the story will go from there is anyone’s guess.

Halo continues Thursday next week on Paramount Plus.