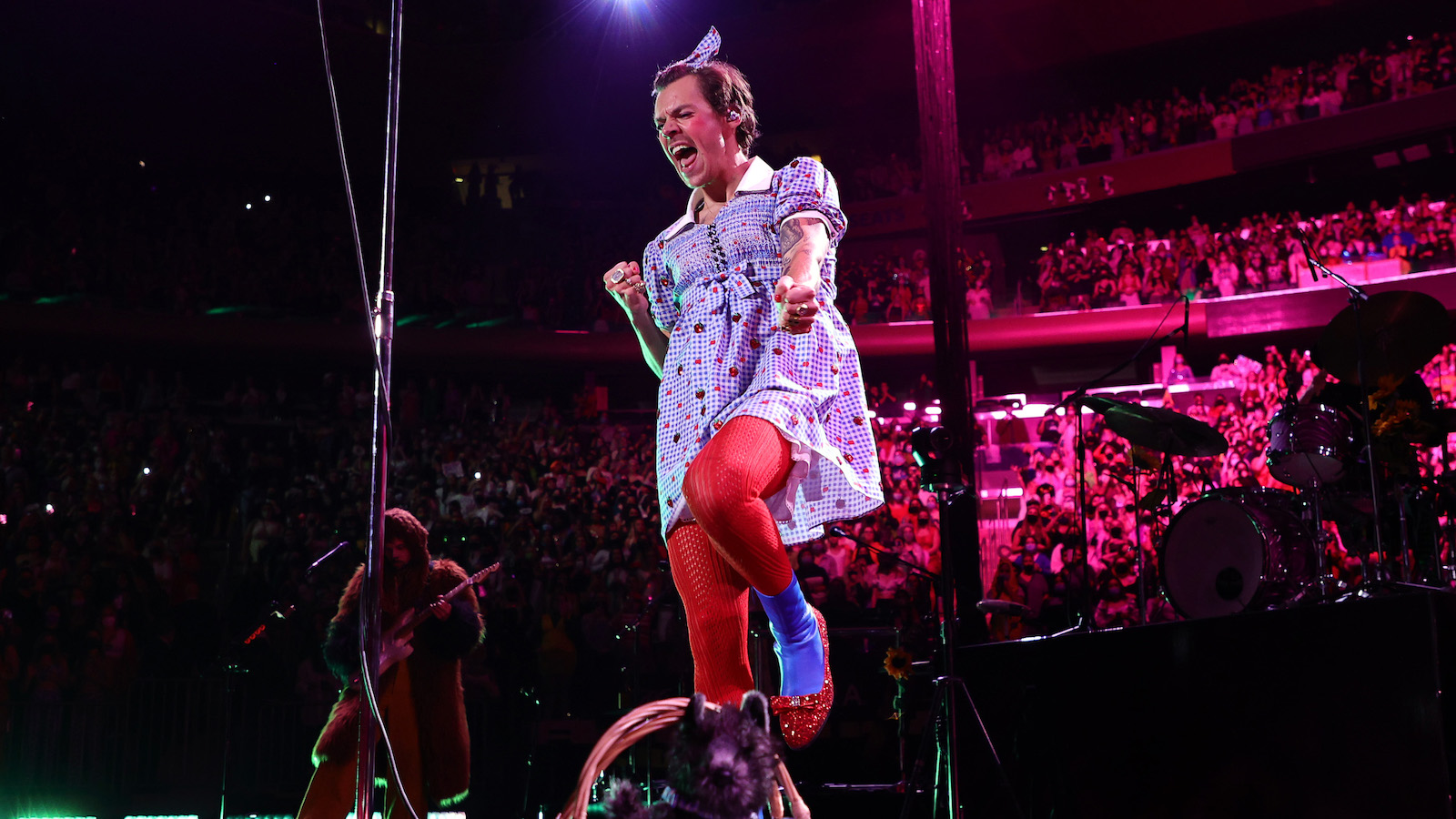 Harry Styles announced the release of his third studio album, Harry’s House, on Wednesday, following the success of 2017’s Harry Styles and 2019’s Fine Line. And the former One Direction boy-bander revealed the date of the upcoming album, which will drop on May 20, with a 40-second teaser on YouTube.

The opening 10 seconds splices tranquil video footage of blooming daffodils and a hot air balloon with chaotic London scenes, culminating with Styles walking out onto a stage enveloped in red velvet curtains. Finally, he steps into the window of a cutout of a house that is then hoisted up around him, unveiling the album’s name.

The 28-year-old likewise revealed the album cover on Instagram, in which he wears a smocked white top and baggy bellbottoms, standing on the ceiling of an upside-down living room.

The announcement was not unexpected, as Styles was anticipated to have new music out soon, considering that he’s headlining the Coachella festival in April and kicking off a world tour in June.

Styles has also been teasing fans with a cryptic website called “You Are Home,” featuring a simple graphic of a door set on a beige wall, which some assumed would be the name of his upcoming album. Depending on the day, the door would open to various imagery, but now just directs to the YouTube teaser.

As far as the meaning of the title, it’s anyone’s best guess, and some think it may be a reference to the 1970 Crosby, Stills, Nash & Young tune “Our House.”

But whatever the meaning, it appears that Styles already has a fan in Joni Mitchell, who tweeted her approval shortly after Wednesday’s announcement.

Suffice to say, we’ll find out more on May 20! In the meantime, Styles is busy touring his last album, Fine Line, after his Love On Tour was delayed multiple times during the pandemic, so he may reward fans for the long wait with a preview of what’s to come.