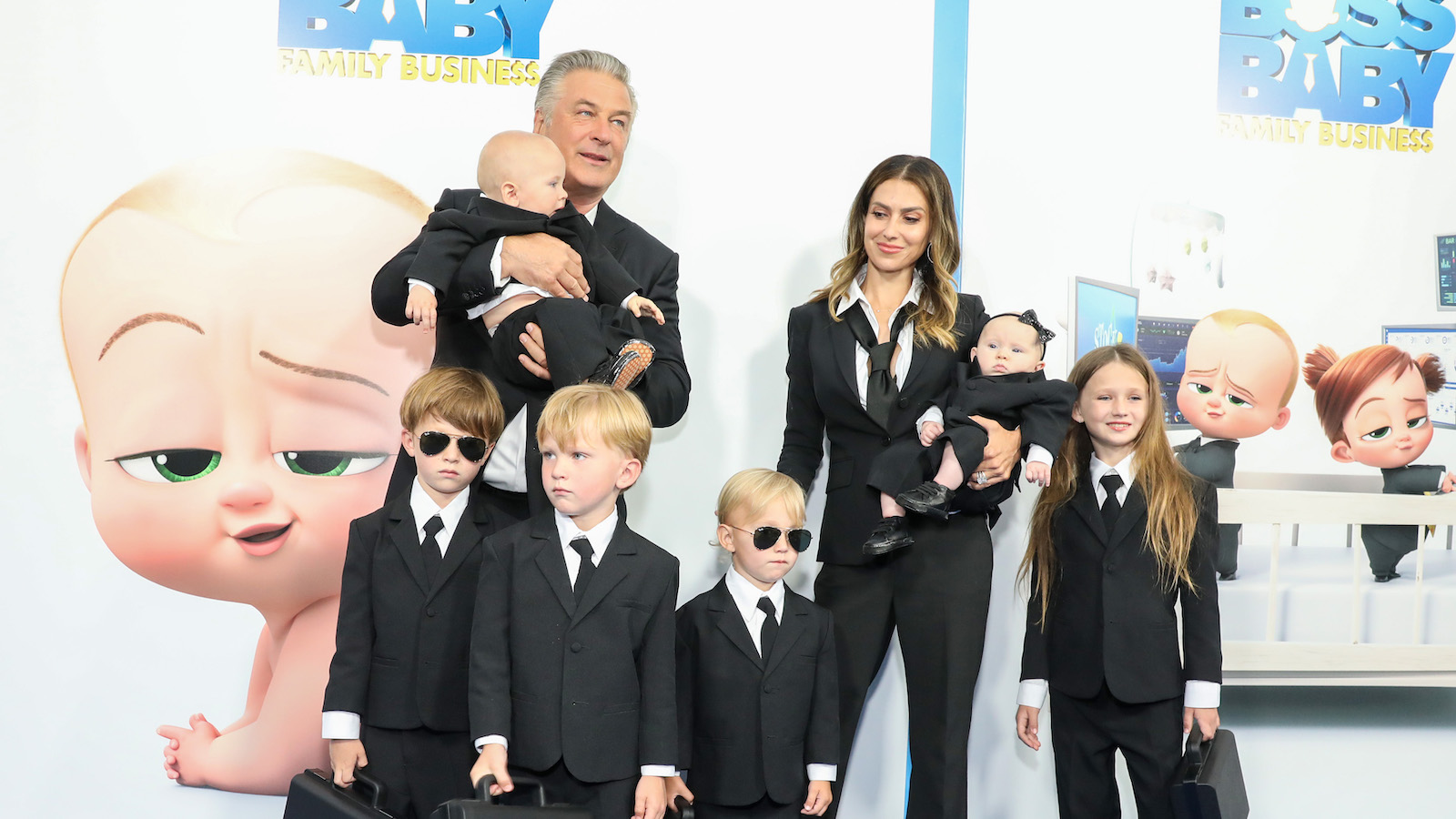 Less than a month after Alec Baldwin’s wife, Hilaria, announced a social media hiatus, she returned to Instagram to post that she and the actor are expecting their seventh child together.

The post features a video of the couple telling their six other children; Carmen, 8; Rafael, 6; Leonardo, 5; Romeo, 3; Eduardo, 18 months; and María Lucía, 13 months, that they’re going to have a sibling. In a caption, she describes the news as “a blessing and a gift during such uncertain times.”

She may be referring to last year’s tragedy on the set of Rust, a Western in which husband Alec was starring and producing, in which an allegedly improperly-loaded gun the actor was holding discharged, wounding director Joel Souza and killing director of photography Halyna Hutchins. Hutchins’ family is currently suing Baldwin over the incident.

Baldwin began dating Hillary “Hilaria” Thomas in 2011 after meeting at Pure Food & Wine, the restaurant at the center of the Netflix series Bad Vegan. The couple was married at St. Patrick’s Cathedral in April 2012. Previously, he had been married to actress Kim Basinger, with whom he had a daughter, Ireland. His appearance in the Instagram video with his brood is a far cry from a 1995 incident when he was arrested for assaulting a freelance videographer taking footage of the actor with his daughter Ireland.

Hilaria announced her self-imposed social media suspension three weeks ago, and this news seems to be a return to public life, as her post announced, “I’ve missed you during my break from social media…I’m back and looking forward to continuing with you this wild journey that we call ‘life.’”