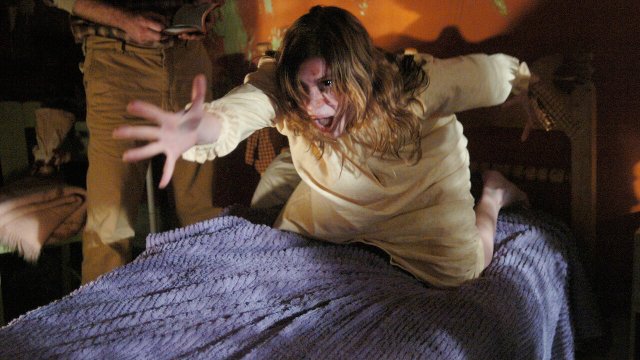 Amidst a plethora of narratives within the horror genre, the demonic possession sub-genre is easily one of the most profitable. And while William Friedkin’s The Exorcist firmly placed the sub-genre in the spotlight, a handful of modern possession movies have kept eagle-eyed horror fans intrigued — including Scott Derrickson’s The Exorcism of Emily Rose, which is terrifyingly based on a true story.

In The Exorcism of Emily Rose, a Catholic priest is accused of negligent homicide after the exorcism of a young student turned deadly. The 2005 horror film is memorably based on the case of Anneliese Michel — a German woman who died of malnutrition during an intense exorcism, which later resulted in her parents and a priest being convicted for negligence.

Despite its horrifying backstory, the movie has successfully obtained a strong cult following over the years. Over on r/horror, user u/Professional-Mess383 confidently stated that Derrickon’s supernatural horror is the best of its kind since The Exorcist, while commending the film’s originality, unsettling style, and for staying true to the source material.

Without skipping a beat, several users immediately jumped to praise the bone-chilling feature, with some specifically applauding Jennifer Carpenter’s portrayal as the titular character.

Another user revealed that the film terrified them so badly that they purposely avoided horror movies for several years.

Another user cooked up a delicious hot take by expressing that the film was better than The Exorcist itself. And considering the Linda Blair vehicle is considered to be one of the best horror movies of all time, that’s a bold take.

Decades after its release, The Exorcism of Emily Rose continues to possess the current streaming charts and undoubtedly remains in the minds of horror fans around the world. And whether you believe it either compares to The Exorcist or remains superior, there’s no denying its contribution to the possession sub-genre, which includes many other movies desperate to compete.