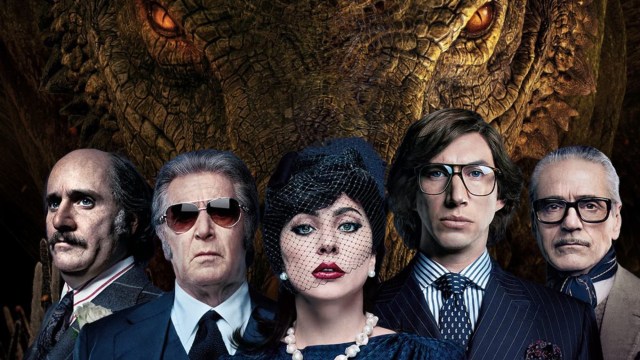 If you guessed that House of the Dragon would bring the funnies, then you’ve gotta be delighted at how things are going so far.

Behold, the comically understated genius of Conan O’Brien’s tweet regarding the series before it premiered to mostly positive reviews and fan reactions, asking the thing that should have been on all our minds but somehow wasn’t until we couldn’t unthink it — how does House of Gucci play into all of this?

The firestorm of replies and comments reeling in just about any show, movie, or even song somehow themed around a house (or just house) flowed like lava from there.

First, a moment of appreciation for Conan.

While one fan called House of Gucci the prequel, we naturally got several mentions of Full House, then House, M.D., and Home Alone.

There is this great take that lured in House of Pain, but the brilliance is in the reaction.

And the art is here to match the level of silliness.

Any chance to include Lady Gaga as the queen of dragons, houses, basically anything she wants, we’re here for.

You could read House of Leaves…

Or watch House of Cards….

While jamming either “Burning Down the House” or “House of the Rising Sun,” at a House of Blues, of course.

So you probably get where this is going, and trust us, there is plenty of little rabbit holes and Easter eggs (Dragon holes? Rabbit eggs?) to explore if you just start clickin’ around (click up click up and get down).

Some people are just a bit confused as to what exactly is going on in this new Game of Thrones/Houses/Homes/Dragons multiverse though.

Eventually, you need to go back to the original roots for it all to make sense, though.

Just to be clear — House of Gucci is available to stream on Amazon Prime Video, while House of the Dragon is airing on HBO Max.

For more dragon-related nonsense, don’t forget to check out some of the best memes already rolling out.