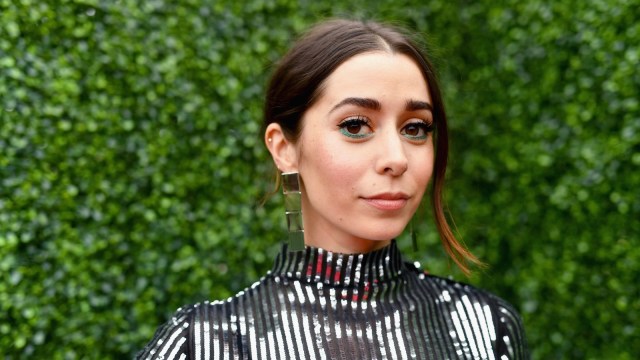 Cristin Milioti — who almost always ups the game of whatever project she’s appearing in — is now slated to appear in the upcoming HBO max standalone series The Penguin. Milioti will star as mob boss Sofia Falcone alongside Colin Farrell who will reprise his role as The Penguin from Matt Reeves’ The Batman.

Sofia is the daughter of crime boss Carmine Falcone, portrayed by John Turturro in the Reeves film (which would also make her the half-sister of Selina Kyle in the world of the Reeves’ Batman). Presumably, Sofia will step in to take the reins of her father’s criminal empire after his death at the hands of the Riddler in the movie. Milioti will be the second actress to portray the character originally brought to life by actor Crystal Reed in the Warner Bros. Gotham TV series.

Milioti first hit the spotlight after being picked to play Tracy McConnell, aka The Mother in the long-running sitcom How I Met your Mother. She’s been working steadily since and joins the cast of Penguin on the heels of starring roles in HBO Max’s Made for Love and the Peacock black comedy The Resort. Along the way, she’s developed a coterie of fans who are hitting their socials in celebration of Milioti joining the DC family (although not the official “Universe”).

For some users it was a case of their two favorite things intermingling.

Others celebrated Milioti’s quiet but steady rise as one of the most dependable talents out there.

While other fans just exhorted their fellows to stan up and be counted.

The Penguin is currently under development.